Crater in the ancient region of Mars 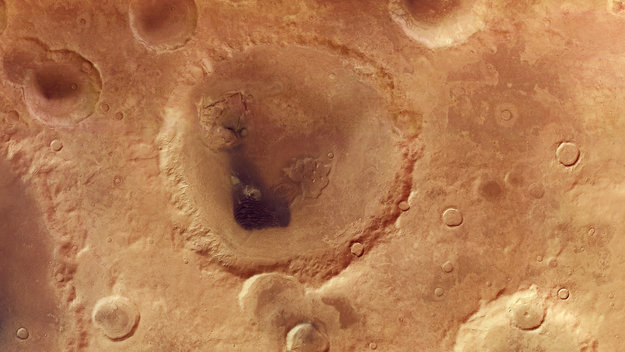 Planetologists have provided a wide view of the mosaic image of the crater Neukum (Neukum).

A rather interesting Martian crater was named after the German physicist and planetologist Gerhard Neukum, one of the founders of the European mission of Mars Express. This is a giant Neukum crater with a diameter of 102 kilometers, which is located in the region of Noachis Terra.

Since Professor Neukum inspired and led the development of a high-resolution stereo camera for the Mars Express spacecraft, which later helped create the regional geology and topography of Mars, the International Astronomical Union decided to name the crater in his honor.

Observations made by the camera between December 2005 and May 2007 were used to create a complex composite mosaic image of the Neukum crater. This image is represented here.

The Neukum crater sits in the Noachi-Terra region in the densely cratered southern highlands of Mars, about 800 km to the west of the world’s largest basin of impact, the Hellas. Region Noachis Terra is one of the oldest regions on Mars. Its age is at least 3.9 billion years old. And the early Martian era, the era of Noach, is named just in honor of this ancient region.