Crater Occator on Ceres was formed in two stages 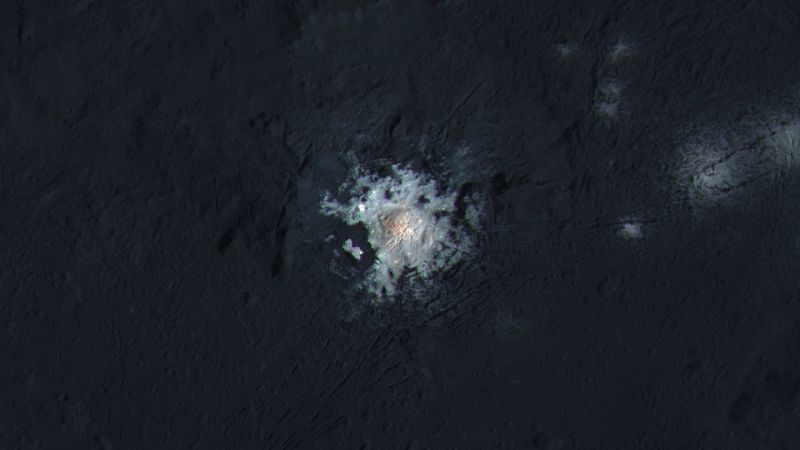 The bright central area of ​​the Occator crater on Ceres is known as the Cerealia Facula. Its age is approximately 30 million years younger than the age of the crater in which it is located. This was reported by the scientists of the mission “Dawn” (NASA), who presented the full results of their research in the Astronomical Journal.

Scientists used data collected by scientific instruments of the automatic interplanetary station “Dawn” in order to analyze the central peak of the crater Occator. Analysis of the data showed that the Cerealia Facula region is only 4 million years old, that is, it is very young in terms of geology.

At the head of the study was a scientist Andreas Natus from the Max Planck Institute (Germany).

The study found that the central peak of the Occator crater consists of carbonate salts. Although in the environment of this region, a material consisting of a mixture of carbonates and a darker material was found.

Scientists are sure that the above-mentioned crater on Ceres was formed in two stages: first the entire crater. And much later its central peak. This explains the difference in the material and its brightness.