Created a three-dimensional map of the icy depths of Mars 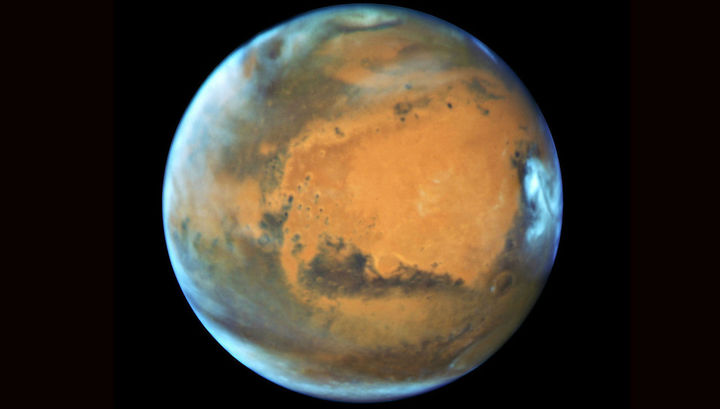 Mars is the most explored planet in the solar system after the Earth. The spacecraft look thoughtfully at the Martian sky, bravely climb the mountains, deepen into the ground and unless they sniff the “god of war.” Do not remain without attention and unfriendly ice of its poles.

In a study published in the journal Icarus, a team of scientists led by Nathaniel Putzig of the US Planetology Institute presented a three-dimensional map of the polar caps of Mars. For this purpose, the specialists used the data of the radar installed on the spacecraft Mars Reconnaissance Orbiter.

The probe has made more than two thousand passes over each pole of the planet. It turned out a huge array of two-dimensional images. But to make 3D out of them was not so easy. For example, it was necessary to distinguish the reflection of radio waves from the ice surface and from its depths.

The researchers had to apply complex mathematical methods. But their efforts were rewarded. The 3D map made it easy to see the details, for the detection of which previously required a huge amount of monotonous manual labor for processing 2D images.
In particular, scientists discovered 21 meteorite craters buried under the ice of the northern polar cap. The number of craters is very important for determining the age of the crust, and in general visitors from space can play a big role in the life of the planet. For example, on Earth, they may have started the movement of lithospheric plates. Estimates of the researchers have shown that the polar crust of Mars is about 3.5 billion years old, which, by the way, is consistent with recent estimates of the age of the first continents of our planet.

In addition, a three-dimensional map made it possible to estimate the volume of carbon dioxide frozen in polar caps. It turned out that its 16.5 thousand cubic kilometers. These data will help to better reconstruct the climate of Mars. Until now, the lack of data had to be replenished by models, and the climate models of other planets, as the beautiful Venus has recently shown, are not always adequate. 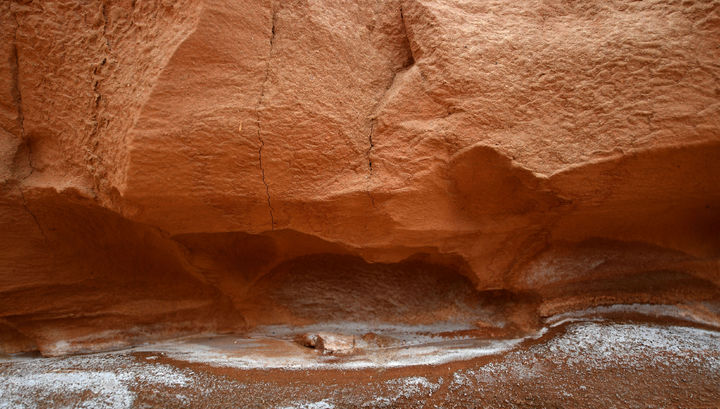 At a time when these CO2 reserves were hovering over Mars and not lying dead at its poles, atmospheric pressure could be several times higher. So, on the surface of the planet, liquid water could exist, at least in some places.

Finally, in the new work, areas that have simply never been mapped have been explored, not only three-dimensional, but also two-dimensional. The spacecraft Mars Global Surveyor in its time also made maps of polar caps, but it could not look above 86.95 degrees of latitude. However, for Mars Reconnaissance Orbiter, the “critical mark” lies above, at a latitude of 87.45 degrees. This allowed him to explore an additional 28.5 thousand square kilometers of Martian surface.

By the way, literally each of us has the opportunity to take part in the study of the polar regions of the Red Planet. To do this, it is enough to join the volunteer project to find typical relief forms on the photos of Mars, interesting scientists. No knowledge for this is needed, you need a computer, internet and desire. This is an excellent chance to earn thanks to astronomers and to touch real science and the real cosmos.