Curiosity explores the ripples of the Martian dunes 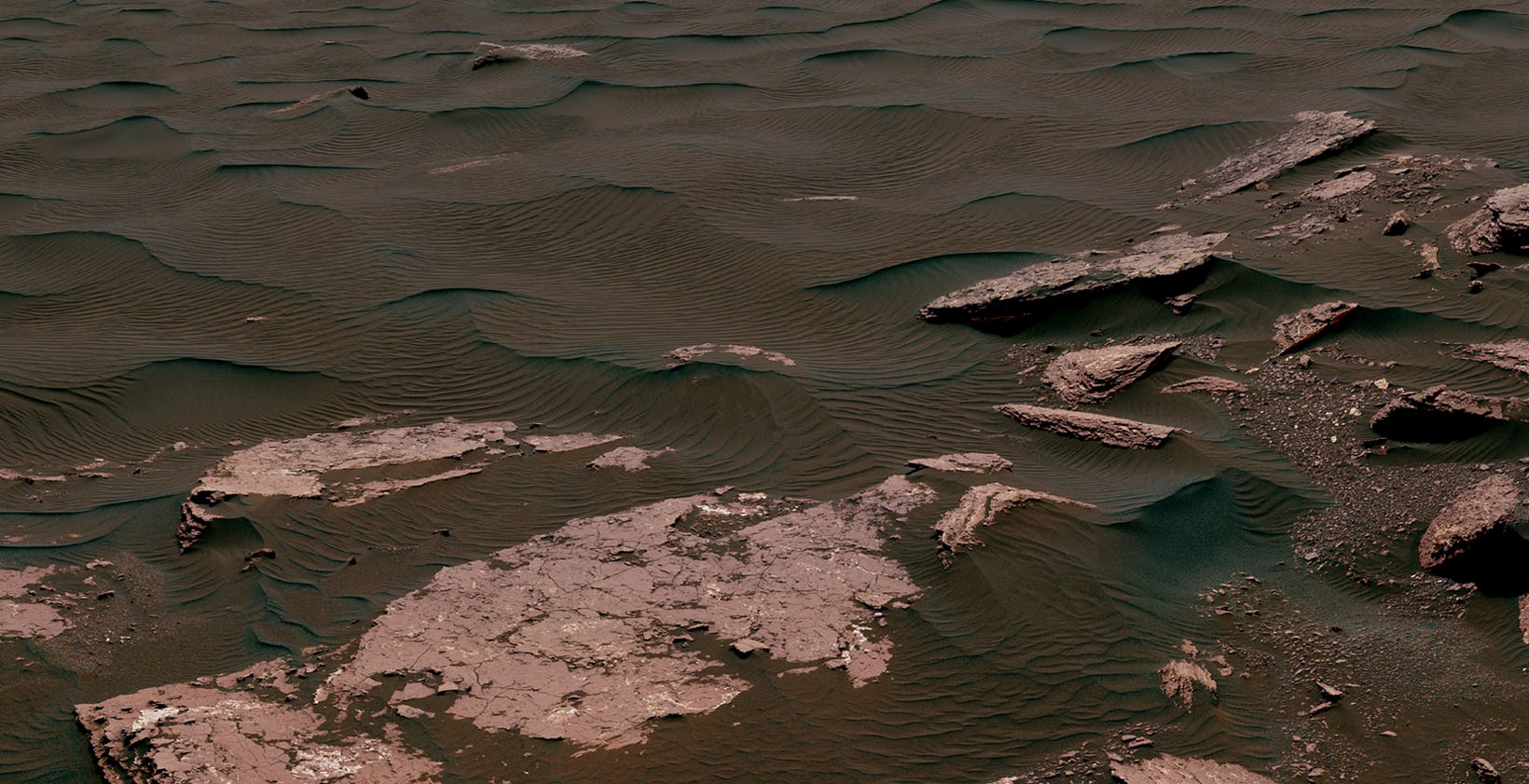 The above image was made by the Mastcam mast camera installed on the rovers Curiosity (NASA) showing ripples on the sand dunes of Mars, plus other structures, in the area where the rover explored the line dunes in the area called Bagnold on the lower Sharpe mountain in March and April 2017.

“In these linear dunes, the wind regime is more complex than in the high dunes that we studied earlier,” said Matthew Lapotre of the California Institute of Technology.

Linear dunes lie about 1.6 kilometers south of the rising dunes. Both sites of exploration are part of a series of dark sand called the Bagnold Dunes, which stretches several miles in length. This area of ​​the dune aligns the northwestern flank of Mount Sharpe, the layered mountain on which Curiosity rises.

In the area under study, wind plays a significant role in the movement of dunes and the formation of ripples on them.