Curiosity finds traces of a giant flood on Mars 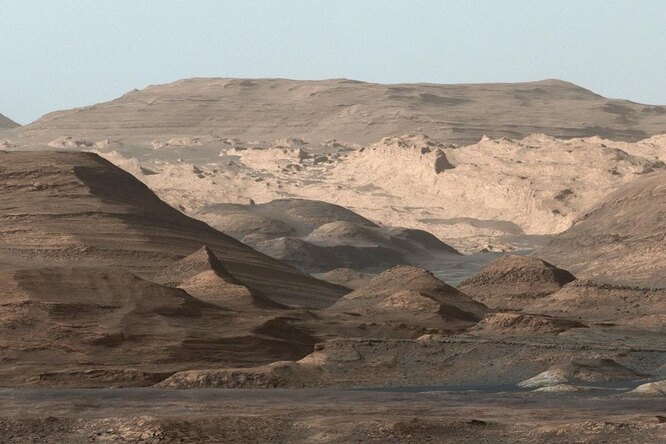 Despite the fact that today Mars looks more like a giant dusty desert, scientists are finding more and more evidence that this planet once had rivers and oceans. More recently, the Curiosity rover has discovered signs of an ancient flood that scientists suspect was caused by an asteroid impact.

Scientists continue to find evidence that Mars once had water. It is interesting that sometimes rovers find not only traces of rivers, lakes and oceans, but also terrible natural disasters

Over the years that scientists have observed Mars, they have discovered dry rivers, lakes and even oceans. One of these places was studied by the Curiosity rover. For eight years, the device explored Gale Crater. It quickly became clear that this crater was once a lake that periodically filled and drained over tens of millions of years. As it turned out, one of these “filling” periods was more intense than the others.

Researchers at Cornell University have identified sediment structures in Gale Crater, indicating a major flood occurred 4 billion years ago. A series of symmetrical gravel ridges, each 10 meters high, appear to be “antidunes” (bottom ridges), that is, sedimentary structures that form under very rapidly flowing water. By measuring the distance between the ridges, the team learned that they were created by flood waters at least 24 meters deep, which moved at a speed of more than 10 meters per second!

Now the main question that interests scientists is what could have caused such a severe flood. The researchers believe the most likely explanation is the impact of an asteroid, which melted much of the ice that covered Mars at the time. This would release huge amounts of water vapor, carbon dioxide and methane into the atmosphere, temporarily changing the planet’s climate. In this case, heavy rains would begin on Mars, which provoked a flood.