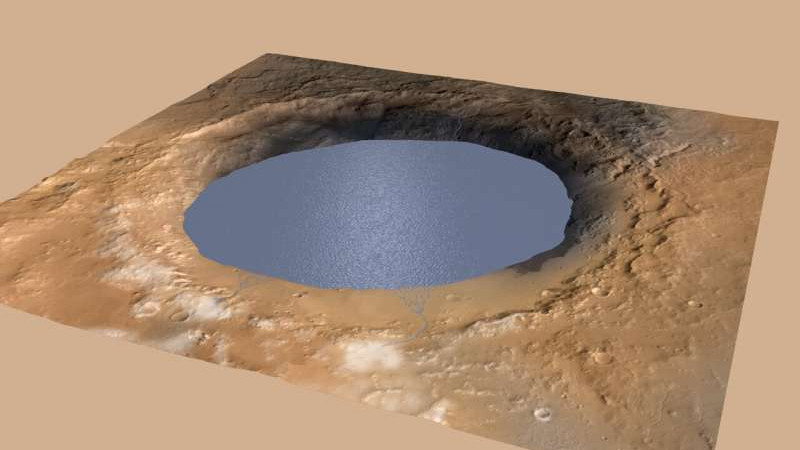 By studying the chemical elements on Mars, scientists can see the past and put together the history of the planet, which once had the conditions necessary to sustain life.

Creating this story, element by element, at a distance of approximately 225 million kilometers is an extremely painstaking process. Orbiting vehicles and rovers on the Red Planet confirmed that there was once liquid water on the planet, thanks to clues, including dry riverbeds, ancient coastlines, and salt surface chemistry. Using Curiosity, scientists found evidence of long-lived lakes. They also dug up organic compounds. The combination of liquid water and organic compounds forces scientists to continue to search for signs of past or present life on Mars.

Despite the intriguing evidence found earlier, scientists still reveal the details of Martian history, asking themselves a few basic questions open for discussion. On the one hand, was the ancient Martian atmosphere thick enough to keep the planet warm and humid for the time needed to germinate and nourish life? And organic compounds: are they signs of life or chemistry that occurs when Martian stones interact with water and sunlight?

In a long-term experiment at the Curiosity SAM chemistry lab, a team of scientists offers some ideas to help answer these questions. The team discovered that some of the minerals in the rocks of Gale Crater could have formed in the ice-covered lake. These minerals could have formed during the cold period, sandwiched between warmer ones, or after Mars lost most of its atmosphere and began to cool.

Gale Crater was chosen as the Curiosity landing site because it had signs of water in the past, including clay minerals that trap and preserve ancient organic molecules. Exploring the base of Mount Sharp in the center of the crater, Curiosity discovered a sediment layer 1000 feet thick (304 meters) in the mud of ancient lakes. Some scholars say an incredible amount of water flowed into these lakes for millions or tens of millions of warm and humid years to form such a large amount of rainfall. But some geological features in the crater also hint at the cold, icy past.

“At some point on the planet’s surface, there was a transition from warm and humid Mars to cold and dry Mars, but when and how it happened is still a mystery,” says Heather Franz, a geochemist at NASA.

Franz leads the SAM study and notes that factors such as changes in the slope of Mars and the level of volcanic activity could lead to the fact that the climate of Mars will alternate over time between heat and cold. This idea is confirmed by chemical and mineralogical changes in Martian rocks, showing that some layers formed in colder environments, while others – in warmer ones.

An array of data collected by Curiosity suggests that the team sees evidence of climate change in Mars recorded in the rocks.

The Franz team found evidence of the existence of a cold lake in antiquity after the SAM laboratory extracted carbon dioxide (CO2) and oxygen from 13 samples of dust and rocks. Curiosity collected these samples over 5 Earth years. 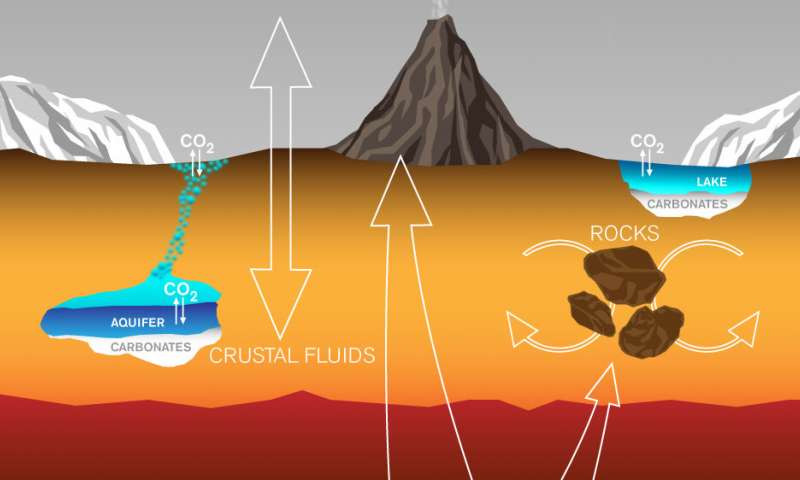 In the laboratory, SAM heated each sample to nearly 900 degrees Celsius to release the gases inside. By looking at the temperature in the furnace at which CO2 and oxygen are released, scientists could determine from which minerals the gases came.

Various studies have shown that the ancient atmosphere of Mars, which contained mainly CO2, was thicker than the earth today. Most of it was carried into space, but the rest can be stored in the rocks on the surface of the planet, especially in the form of carbonates (minerals from carbon and oxygen). On Earth, carbonates are formed when CO2 from the air is absorbed in the oceans and other bodies of water, and then mineralized into rocks. Scientists believe that the same process took place on Mars and that it can help explain what happened to some kind of Martian atmosphere.

Mars missions did not find enough carbonates on the surface to maintain a dense atmosphere. The few carbonates that SAM discovered revealed something interesting in the Martian climate thanks to the carbon and oxygen isotopes stored in them. Isotopes are versions of each element that have different masses. Since various chemical processes, from rock formation to biological activity, use these isotopes in different proportions, the ratio of heavy and light isotopes in a rock gives scientists clues about understanding rock formation.