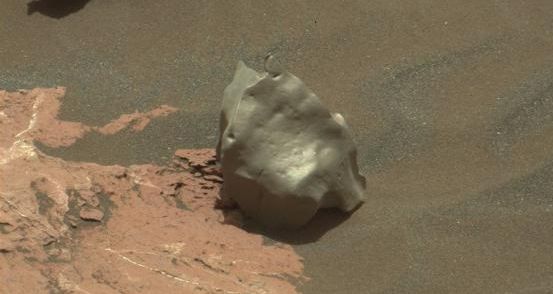 Curiosity may have found on Mars near mount sharp by a meteorite. If the assumptions are confirmed, this will be the third meteorite found by the Rover on the red planet for four and a half years.

While NASA’s discovery not officially confirmed. The object of bizarre shape has a grayish color. On the surface of the fragment, you notice small holes. Similar dents peculiar to meteorites. Pits are formed when softer material is emitted from the object during entry into the atmosphere, which is accompanied by an increase in pressure and temperature. 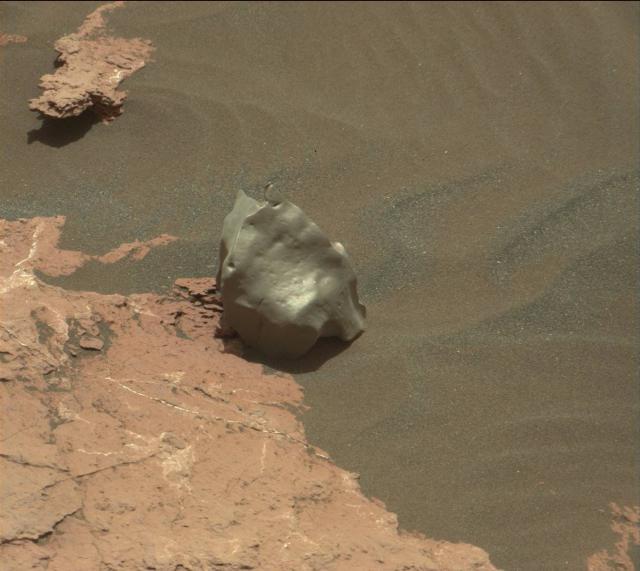 Interest in the discovery fuels the fact that only one image of the alleged meteorite was published on the NASA server where the photographs in raw format, sent to the Rover, reports Universe Today.

A photograph of the object was made on January 12 this year, the MastCam color camera. In the picture you can see three bright spots on the meteorite. Perhaps they did the Curiosity Rover laser included in the set of instruments ChemCam. Judging by how the light reflected at the points, the object composed of iron-Nickel alloy. 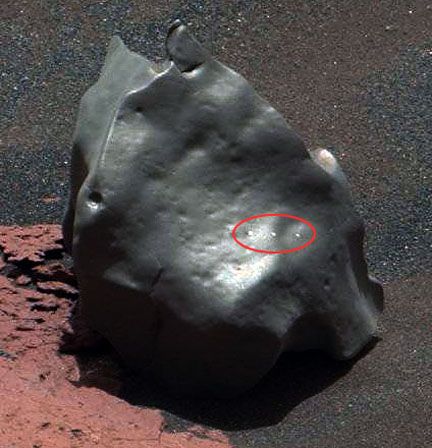 In October 2016, the unit found a similar meteorite, called Egg Rock. It was also made up of iron and Nickel. In the picture with this object, you will also notice the light dots from the laser on its surface. 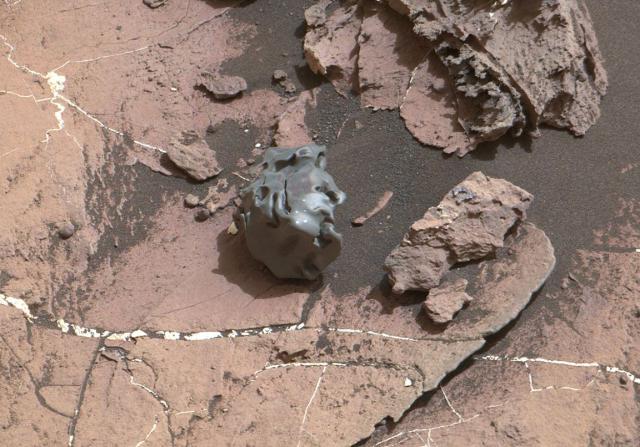 The first meteorite was discovered by the Curiosity Rover in may 2014. This object received the name of Lebanon. Next to him was a small fragment that broke away from him.

Discovered in 2014, the Lebanon meteorite, and a fragment from it

Thus, on Mars mashadani was found eight meteorites. Five others were discovered Opportunity. It is noteworthy that all Martian meteorites were iron. On Earth, such meteorites are very rare. The majority (about 95%) have fallen to our planet meteorites are stone meteorites.