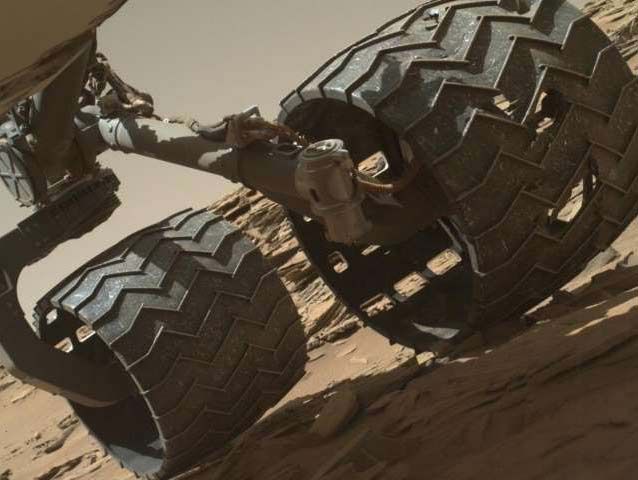 A large team of researchers from across the U.S., studying data collected by the Rover found evidence of tridymite, a class of minerals associated with volcanic eruptions here on Earth. In a paper published by Proceedings of the National Academy of Sciences, the team describes the details of the discovery by the Rover’s sample, subsequent analysis and why the results of the analysis can lead to rethinking the early history of Mars.

To date, planetary scientists believe that the geological past of Mars was calm compared to the geological past of our home planet – so, they believe that Mars has no tectonic plates, whose movement causes earthquakes and volcanic eruptions. Discovered in current moments, the volcanoes of Mars, all the polls are counted as a class indolent, like those that led to the formation of the Hawaiian Islands. But detection of a sample may force scientists to rethink the story of Mars.

Curiosity rides on the Gale crater in 2014, and a year ago he started drilling and studying samples from the region known as the pass Marias. The research team noticed that the composition of the rocks suggests the presence of silicon dioxide, so they subjected them to x-ray analysis, which showed a high level of tridymite that does not fit into modern ideas about the history of the planet. It has been suggested that the mineral formed in some other region of the planet and then fell into the crater. The premise of this explanation was the previous study, which showed that the crater in the distant past was full of water. This Martian lake was the center of attraction of streams and rivers, bring grains of rock, some of which could occur during the eruption of volcanoes or directly come from them. But if Mars had similar volcanoes, as could be formed tridymite in the absence of tectonic plates?

Findings of the team and their theories are probably only the beginning of many future projects aimed at rethinking the history of Mars, or on attempts to explain the occurrence of tridymite heat of volcanic eruptions.