Curiosity showed an amazing image of its next target on Mars 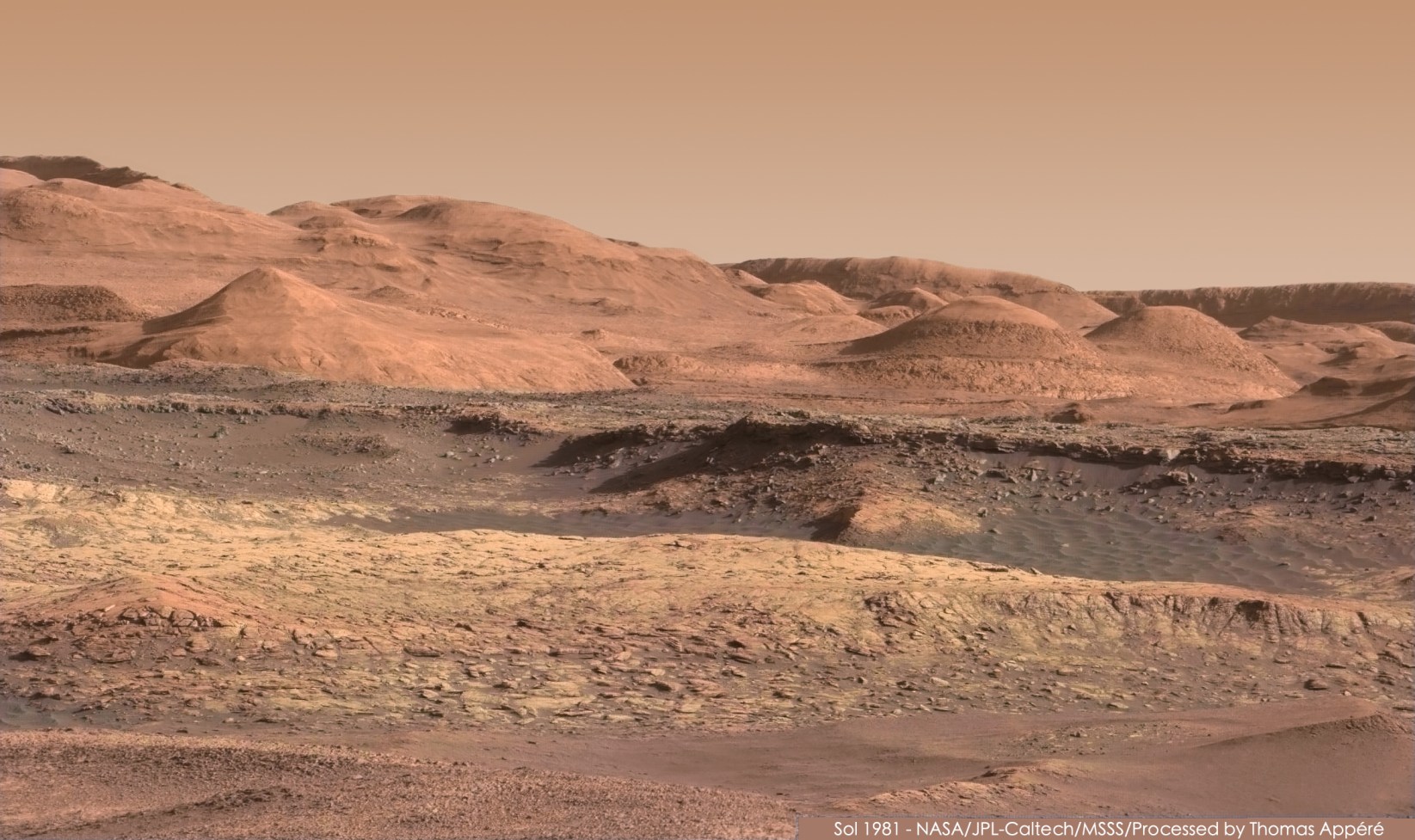 The mosaic presented here was made by the Mars rover camera Curiosity. The image in all its glory is represented by Sharpe Mountain (the former Eolide). It is worth recalling that the rover climbs on this mountain from 2014, gradually exploring its various layers.

The tile image shown in this article was collected from 10 different photos that were taken for 1931 salt (that is, the Martian year on Mars) in January.

In the center of the image, the following large scientific goal of the rover is visible: the area that scientists have seen from orbit and determined whether it contains clay minerals.

The formation of clay minerals, as is known, requires the participation of water. Scientists have already advanced the theory that the lower layers of Mount Sharpe formed in lakes that once covered the bottom of the crater of Gale. If this water remained for a long time in a liquid form on Mars, then this could provoke the development of life on this planet.