“Curiosity” stumbled upon a mysterious obstacle 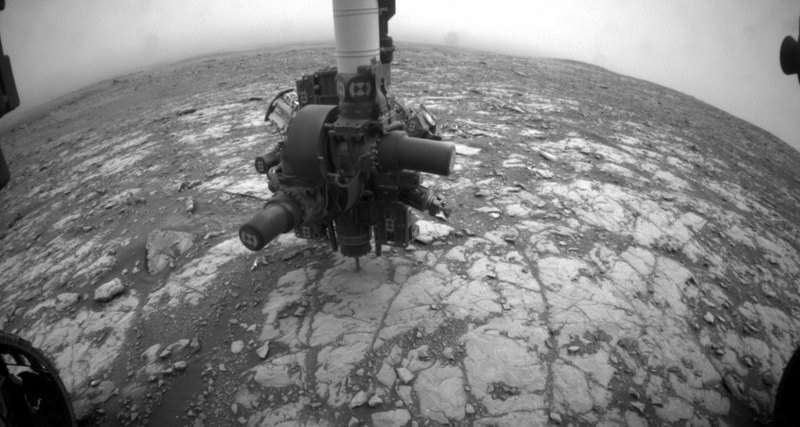 Back in October of last year, NASA engineers managed to fix the drill on the rover, which was damaged for a year, and now scientists are again taking samples of Martian rocks. But recently, “Curiosity” stumbled upon some strange rocks that simply can not drill.

The team of “Curiosity” chose a rock for drilling a week ago and named it Voyageurs. The rover was supposed to take samples there, but the drill failed to break through into the rock and was stuck in a few centimeters.

For the whole history of the mission of “Kyuriosity” such a failure catches it for the first time, since earlier all the rocks encountered by it were succumbing to its borer. Recently, the rover moved to a new area, and perhaps the rocks there are much stronger, but scientists want to know why.

“Maybe this stiffness is associated with water chemistry in the area?” – asks Marc Salvatore, one of the scientists on the rover team. “Or was this rigidity a result of cementation, when the iron-rich water penetrated the sedimentary rocks?”

In any case, the new facts will help scientists understand how Mars was millions of years ago before it turned into a desert, even if the rover failed to take samples.

In a few weeks, scientists will try to drill the breed again, already in another place. But in any case, even if “Kyuriosity” fails again, we learn something new about Mars.