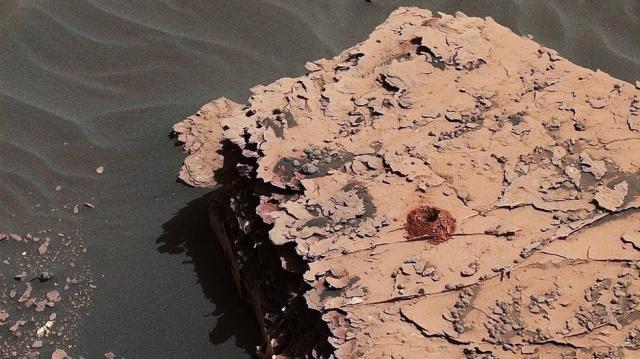 The Curiosity was able to make a hole in the Martian soil for the first time since December 2016.

Due to a problem with the drilling tool, the machine could not make drilling all this time. NASA scientists decided to resort to a new drilling technique, first having tested it on the Curiosity double on Earth. Initially, the rover drilled the ground, pushing out two stabilizer pins. They helped Curiosity to maintain the stable position of the drill while drilling. However, problems with the motor led to the impossibility of extending the drill. Nevertheless, scientists managed to fully extend the drill and use it without any support. 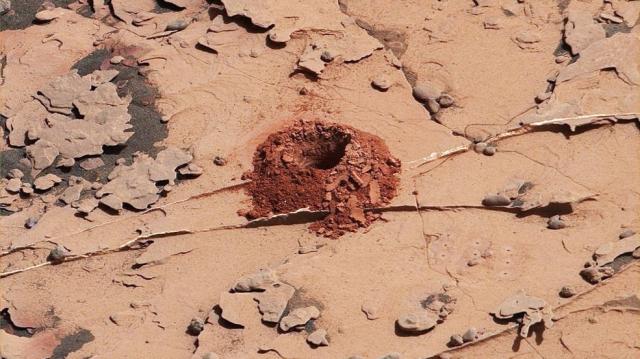 Now, for drilling, the rover will have to use his entire hand while maintaining centering. With a strong impact, the force sensor will operate and the drilling will stop. According to NASA engineers, this method resembles the usual drilling with a drill, when a person presses a drill to get a hole.

The use of new technology made it impossible for the former method of delivering samples to the airborne laboratory for analysis. Now the drill will have to shake off the rock samples from the drill.

The first drilling in a new way was carried out on May 20. The Mars drilled a hole about 50 cm deep and 1.6 cm in diameter. The purpose for drilling was a fragment of the rock called Duluth.