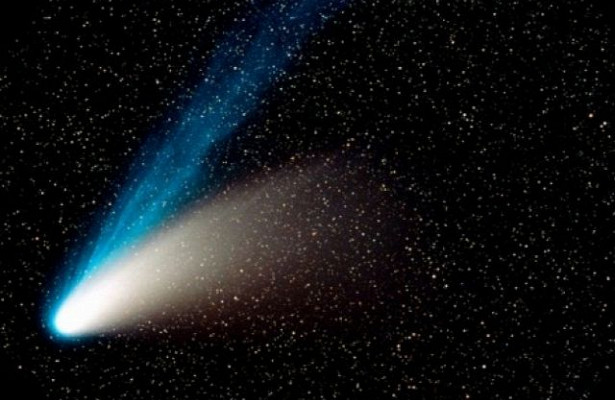 Planetologists for the first time studied the chemical composition of the “tail” of the interstellar comet 2I / Borisov and discovered inside it molecules of cyanide, a compound of carbon and nitrogen. Data on the composition of its emissions helped scientists clarify the size of the core of this celestial body, the press service of the Isaac Newton Telescope Group reports.

“For the first time, we were able to accurately measure what this interstellar object consists of and compare it with comets that were born within our solar system. The most amazing thing is that we did not find any visible differences,” said Alan Fitzsimmons ( Alan Fitzsimmons) from the University of Queens in Belfast (UK), whose words are quoted by the organization’s press service.

The second “guest” from outer space and the first interstellar comet was discovered on August 30 by the Russian astronomer Gennady Borisov. When the scientist calculated its orbit, he realized that it fell into the solar system from the void between the luminaries of the Galaxy. In mid-September, she received the official name 2I / Borisov.

According to current estimates of astronomers, the diameter of the comet’s nucleus is about 5-20 km, and its speed is about 30 km / s. In early December, it will approach the Sun at a minimum distance. It will be impossible to make out with the naked eye, but at the end of 2019, it may be possible to see it in amateur telescopes.

Unlike the first such object, the asteroid Oumuamua, Borisov’s comet was discovered by astronomers even before it managed to get closer to Earth and the Sun. This gave scientists time to prepare for her visit and her detailed study.

A guest from outer space

The first data on the chemical composition of 2I / Borisov, as noted by Fitzsimmons, his team has already managed to get. As in the case of Oumuamua, scientists used the powerful 4.2-meter telescope of William Herschel, installed in the Canary Islands, to measure the spectrum of this “guest” from another planetary system.

The comet is still at a fairly large distance from the Earth, and therefore planetologists were able to reliably identify only one component of its tail – the cyanide molecule. This substance, scientists suggest, got there as a result of the melting of the icy core of Comet Borisov and the decomposition of hydrocyanic acid molecules present inside its thickness.
A large amount of this gas, on the other hand, allowed Fitzsimmons and his team to calculate how fast the find of the Russian astronomer is “losing weight” and what size it has. And in that, and in another indicator, it is generally comparable with other objects of this kind visiting the vicinity of Earth and Mars, such as comets Lovejoy, Siding Spring and Churyumova-Gerasimenko.

As scientists hope, the rapprochement of Borisov’s comet with the Earth and the Sun will help them to clarify its chemical composition and to understand whether it is really as ordinary as current data indicate. As Fitzsimmons and his colleagues joke, if 2I / Borisov were born in the solar system, no one would pay attention to it.