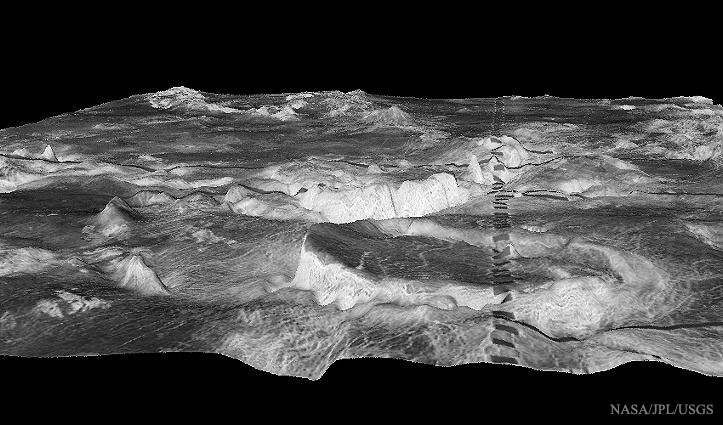 Why the huge mountain in the shape of a cylinder has risen above the surface of Venus? Such formations are found on Venus, known as the crown.

In the foreground of this picture is the crown Athete with a diameter of 500 kilometers, located in the heart of Venus, known as Galindo. This image was obtained by combining many radar maps of the area, as a result of computer processing that has been created three-dimensional image.

A series of dark rectangles that cross the image from bottom to top, was the result of the processing, and in fact does not exist.

The origin of the massive crowns remains the subject of research, although there is speculation that they result from some form of volcanic phenomena. Research crowns on Venus should help scientists better understand the internal structure of Venus and Earth.