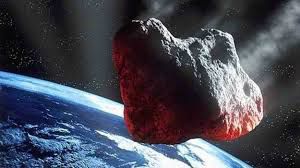 In the past few days, some media have reported a “potentially dangerous” asteroid that will take place in “dangerous proximity” to Earth on Tuesday, August 28 – however, unfortunately, sensationalists, this is not entirely true.

The asteroid 2016 NF23 will pass by the Earth on Tuesday, August 28, at 3:38 UTC, at a distance of about 13.2 lunar distances, LD, or 5 million kilometers from our planet. For comparison, the diameter of the Earth is only about 12.7 thousand kilometers, that is, it is several hundred times smaller than the distance to the asteroid at the point of its closest approach to the Earth.

According to NASA estimates, the size of the 2016 NF23 asteroid is between 70 and 160 meters. The asteroid moves at a speed of 32,400 kilometers per hour. This speed may seem very daunting, but it should be noted that stony objects fly by the Earth quite often, and often they are much closer to our planet than the asteroid 2016 NF23, reports NASA.