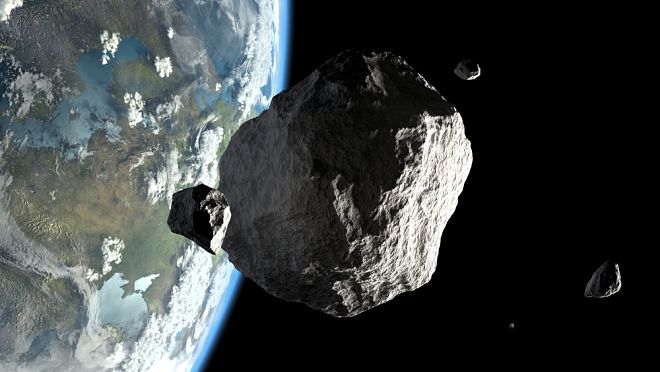 NASA specialists have developed a technology called HAMMER, which they hope will help change the course of dangerous space rocks, such as the asteroid Bennu, which has a chance to collide with the Earth in 2135.

Although it is very unlikely that Bennu will hit our planet when he comes back to us in a century, but if it happens, the blow will be 80,000 times stronger than the bomb dropped on Hiroshima.

The new study suggests that in the event of significant space threats such as Bennu, NASA’s technology will not be enough and may have to fire on the asteroid with nuclear warheads. Experts also warned that other dangerous stones could be discovered too late, and the only way to avoid a collision would be to blow up an asteroid.

The current plan to protect the planet from asteroids is based on the use of a special ship that will hit the object to knock it off course. But, as the study showed, this plan may not work for asteroids, which pose a significant threat. Scientists have found that to safely deflect the stone, up to 50 missile launches may be required, and even this does not guarantee success.

“The probability of a collision with the asteroid Benn is now small, but if this happens, the consequences will be terrible. This study is designed to help us shorten the response time when we see a real and clear threat so that we have more options to avoid it. The ultimate goal is to be ready to protect life on Earth, “said physicist Kirsten Hawley.

The use of a nuclear warhead can include detonating a bomb at some distance from the asteroid with the hope that the energy of the explosion will change its course.