Daphnis is a moon of Saturn commands his rings 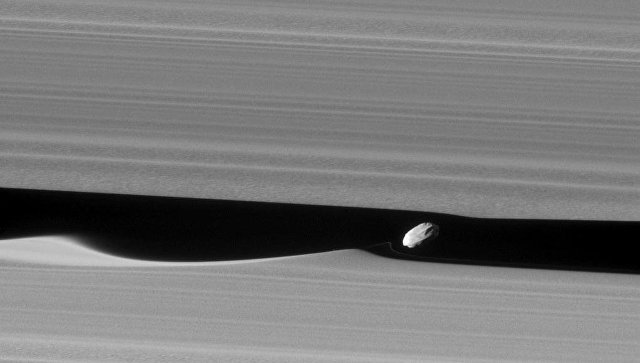 The Cassini probe sent the latest pictures of Daphnis, a small moon of Saturn, which is in the cracks inside one of the planet’s rings and creates giant waves in the halves, according to the NASA website.

The rings of Saturn, today scientists believe, arose as a result of destruction around him in the early days of the Solar system of the embryo of another planet. He was too close to the giant, was ripped apart by tidal forces and crushed into many small pieces. The most dense accumulations were eaten by Saturn and its largest satellite Titan, and the rest formed the material of future rings.

Inside them, scientists recently discovered two moons called pan and Daphnis. Pan — the so-called Encke gap inside the outer ring, And first photographed by Cassini in 2005, Daphnis is in the Keeler gap in the same ring. Both the moon conducts the movement of matter in the ring And, using a kind of wave that travel along the entire length of the rings and force them to bend and swing.

And Daphnis and pan are markedly different in form from all the other fifty-odd moons of Saturn, however, not on a ball or potato, and a flying saucer, or sharpened on both sides of the grain cereal. Both satellites play the role of a vacuum cleaner, sucking dust and other matter entering the gaps Encke and Keeler, and accumulate it on their equators. 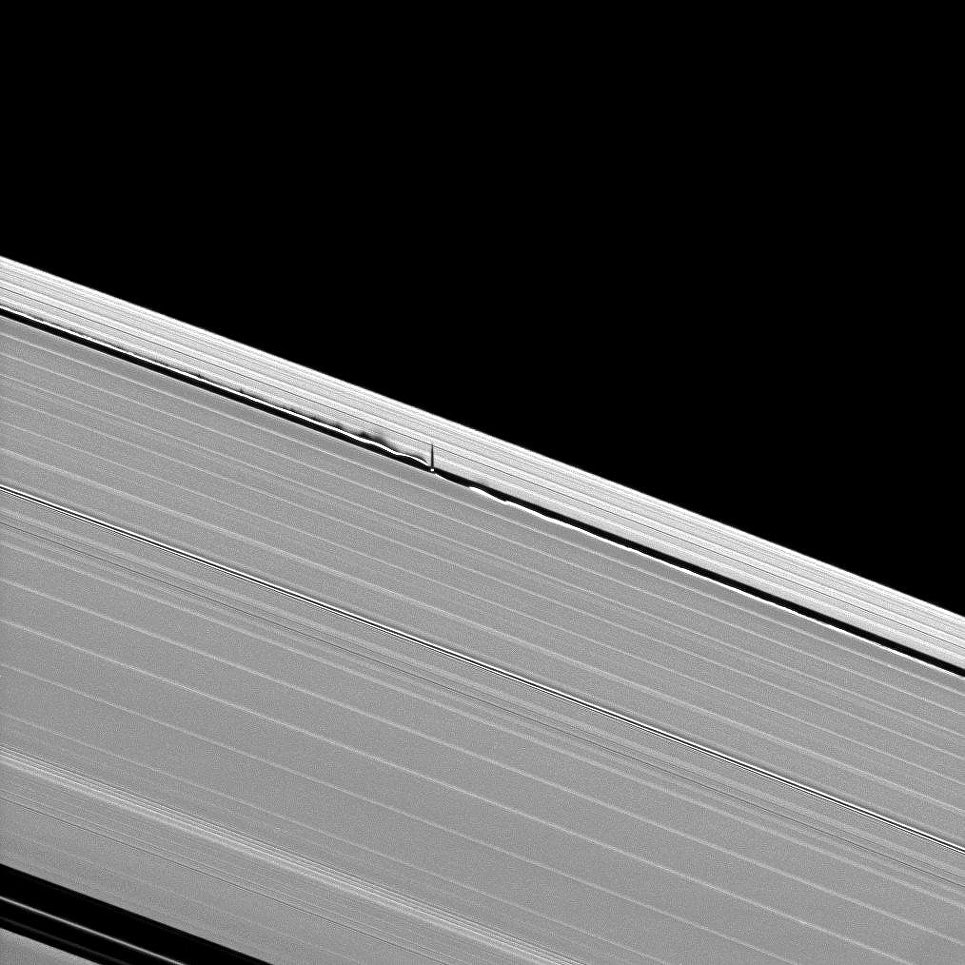 Daphne, Saturn, is generating waves in its rings

Cassini, on Monday the seventh time flying through the rings of Saturn, received the photos of Daphnis from close range. They can see waves, which appear in the ring And because of its gravitational interaction of matter with the Lord of the rings. Photos, as scientists hope will help them clarify the mass of the satellite of Saturn and to understand how such moon affect the behavior of matter in the rings and how quickly absorb it.

Interplanetary station Cassini, had been in space for almost 20 years, in late November of last year, beginning the last stage of his life, enlisting in the stage, which with the filing of the public and journalists became formally known as the Finale of the Opera.
The probe made a series of orbital maneuvers, through which passed unusually close to the surface of Titan, changed trajectory and flew through the rings of a giant planet seven times already.

Cassini will begin the eighth passage through the rings of Saturn is already Friday at 6.30 GMT. During this round of probe will receive photos of the Crescent of Saturn, lit by the Sun and its satellites Janus and Epitemia, try to photograph the Aurora at the North pole of Saturn and studying the chemical composition of the matter of the ring F. the next time Cassini flies through Saturn’s rings 23 January around 20.00 GMT.