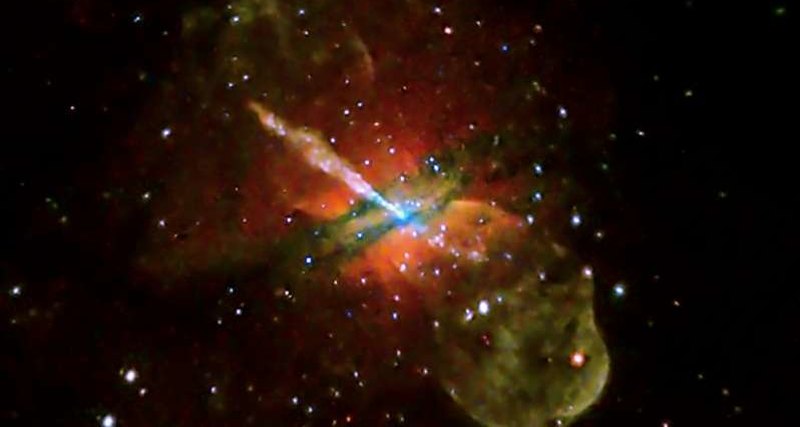 Dark energy is an experimentally not detected form of matter that permeates the entire Universe we observe. It is she who is “responsible” for the fact that the Universe does not just expand, but does so with acceleration.

“Feel” this energy is not yet possible, but this does not mean that nothing can be said about it. You can, in particular, estimate its quantity by the influence it has on the expansion of the Universe – its acceleration is the greater, the more dark energy in the Universe at this moment.

The rate of expansion of the Universe and the change of this speed over time, astronomers determine by supernovae. Their real luminosity is precisely known, therefore, by the brightness that can be observed from the Earth, you can accurately set the distance from us to the supernova, and by the red shift – the speed at which this object moved away from us at the moment of radiation of the visible light today.

But this method has a serious limitation. It is suitable for studying the last nine billion years of the life of the universe. More ancient supernovae in it are very few. Meanwhile, the age of the universe is estimated at about 13.8 billion years. To look into the beginning of her life would be extremely interesting.

The new technique uses the data of ultraviolet (UV) and X-ray radiation to estimate the distance to the quasars.

A quasar is a huge black hole, intensively absorbing the surrounding matter. This matter is glowing, and very bright. A typical quasar emits 1–2 orders of magnitude more energy than our entire galaxy. What is especially nice is that quasars appeared already at the dawn of the Universe.

In the surrounding quasar disc matter generated ultraviolet radiation. Some of the ultraviolet photons then collide with electrons in a cloud of hot gas above and below the disk, and these collisions can increase their energy to the level of x-rays. The brightness of the quasar in the UV and X-rays correlates: the more ultraviolet there was at the beginning, the greater the X-ray brightness.

Thus, it is possible to calculate the true brightness of the quasar, and knowing it and the one we see, we can calculate the distance to it. After that, it remains quite a bit: to compare the distance with the redshift of the object and make a conclusion about the speed of removal of the quasar from us billions of years ago when its light was emitted.

The researchers collected data for 1598 quasars, and estimated the rate of expansion of the universe in very early times. The results show that the amount of dark energy increases with time.

Since this is a new method, astronomers have taken additional steps to show that it gives reliable results. They showed that its results over the past nine billion years coincide with what was previously obtained from the data on supernovae.