December 31, near the moon will fly by the comet 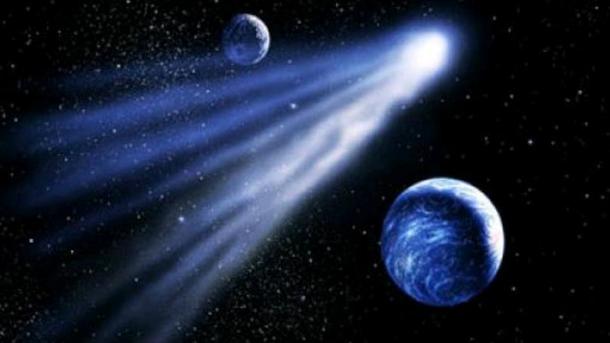 Scientists from NASA said that new year’s eve, December 31, near the moon will fly by the comet called Honda — Mrkos — Pajdusakova. Ordinary people will be able to see it, if armed with binoculars.

The comet near the Moon can be seen in binoculars it is Reported that the comet will fly by 31 December, lighting up the sky at night natural fireworks. People will feel that a small object will fly right next to the Crescent. It is reported that the Comet Honda — Mrkos — Pajdusakova fly around the entire Solar system every five years and has a bright bluish-green glow.

To see the comet in binoculars will be available to residents of the Northern hemisphere. She already flew above the Ground on 15 December of the current year. To see the comet of December 31, people will be able around 18:30 hours.