Delivery of “organic” to Ceres with comets is unlikely 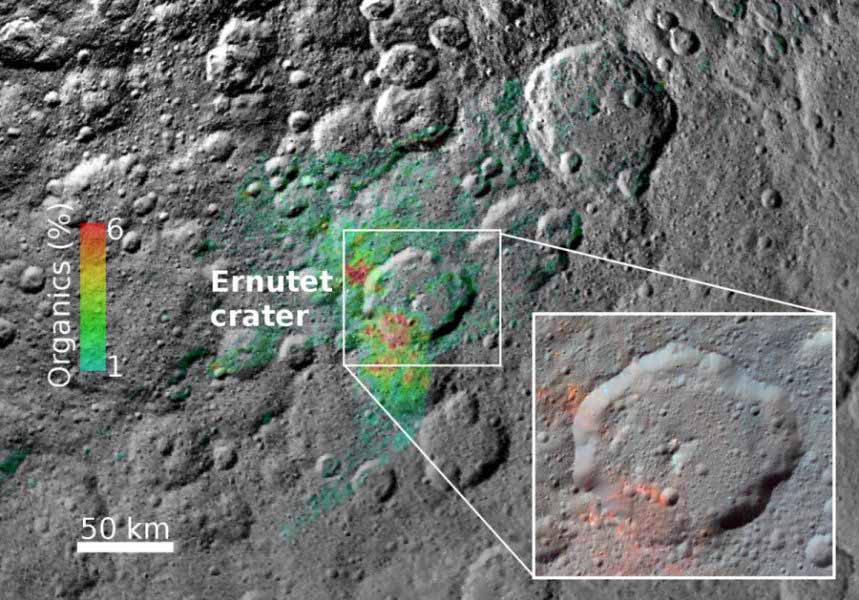 Since the NASA Dawn (Dawn) spacecraft discovered areas rich in organic compounds on the surface of Ceres, scientists from the Southwest Research Institute, USA, have begun a thorough analysis of the data to determine the origin of this “organic”. Having considered the possibility of delivering organic material to the surface of a dwarf planet with asteroids and comets, the researchers began to believe that the “organic” was most likely present in the Ceres substance since its formation.

It is believed that Ceres formed about 4.5 billion years ago, in the era of the formation of the solar system itself. The study of the organic material of this dwarf planet can help explain the origin, evolution and distribution of organic matter in the solar system.

In the course of the study, scientists led by Dr. Simone Marchi changed a number of collision parameters, such as the size and speed of the bombarding Ceres surface of the asteroid, on computer models of the iSALE series. These calculations showed that comet-like objects moving with relatively high velocities, when colliding with Ceres, lose almost all the “organic” contained in them due to powerful shock compression. Asteroids moving at lower speeds can save 20 to 30 percent of the initial amount of their organic material, especially in the case of small asteroids with a large angle of incidence (angle with the vertical). However, the observed distribution of organic matter over the Ceres surface does not agree well with the hypothesis of the delivery of organic material with small asteroids of the Main Belt, the authors note, therefore, the “organic” on the surface of Ceres probably existed on it since the formation of the dwarf planet, they conclude.