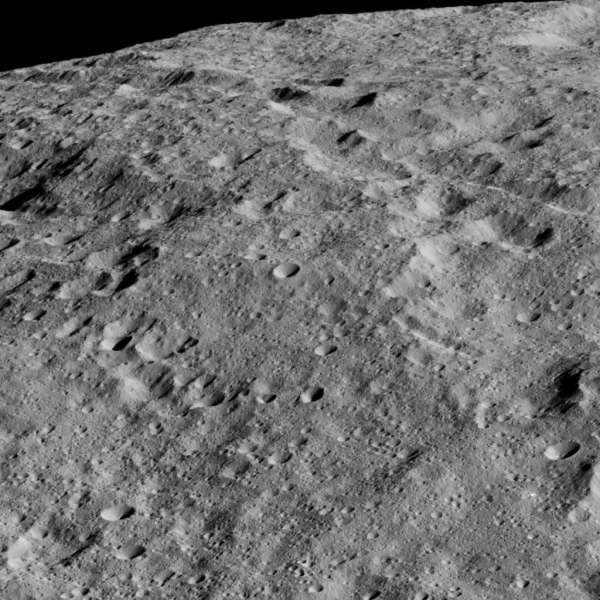 Camera Dawn probe found on the surface of Ceres, a few craters, within which there is a permanent shadow, where water can accumulate in the form of ice crystals, the press service of the jet propulsion Laboratory of NASA.

“Ceres has all the conditions in order to accumulate deposits of ice. She has just enough mass to hold water molecules on its surface. In those regions which we found and where reigns eternal night, temperatures are extremely low – there is much colder than on the moon or mercury, where in similar conditions there is ice,” said Norbert Schörghofer (Norbert Schorghofer of the University of Hawaii at Manoa (USA).

From February 2015, when Dawn discovered a mysterious white spot in the crater Okkator on the surface of Ceres, scientists began to think about the fact that in its depths or on its surface may hide a large water reserves, is able to produce such bright regions, which are deposits of soda was disclosed recently. There are even suggestions that under its surface may be hiding a liquid ocean of salty water.

Since Ceres is close enough to the Sun, such a hypothesis gave scientists another mystery is how water can exist on the surface and not be evaporated by the Sun over billions of years of existence of the Solar system. One of the simplest answers to this question – the presence of craters on Ceres, where never fall the rays of the sun.

He and his colleagues confirmed that such craters on Ceres really is by studying pictures of the surface of the Northern hemisphere of the dwarf planet, obtained by the Dawn probe during the last mapping session. They managed to find a few dozen large craters where never or almost never gets the Sun, the largest of which is located in the vicinity of the North pole of Ceres.

The total area of these water crater is relatively small – it does not exceed 1% of the total area of Ceres. On the other hand, due to the low temperatures in them, they should effectively capture water – according to scientists, every thousandth of a molecule of water arising at the surface of Ceres, will be captured by these craters. As a result, after 100 thousand years, moments of space standards, they will accumulate a thin but noticeable layer of ice.

In this respect, according to planetologists, Ceres is similar to mercury — it is the ice accumulated in the same way and in the same number of craters. On the other hand, due to the low temperatures on Ceres should be a lot more water. According to Christopher Russell, head of mission, Ceres can be called the first “self-sufficient” in this regard, the dwarf planet is able to replenish his water supplies.