Developed a method of space navigation 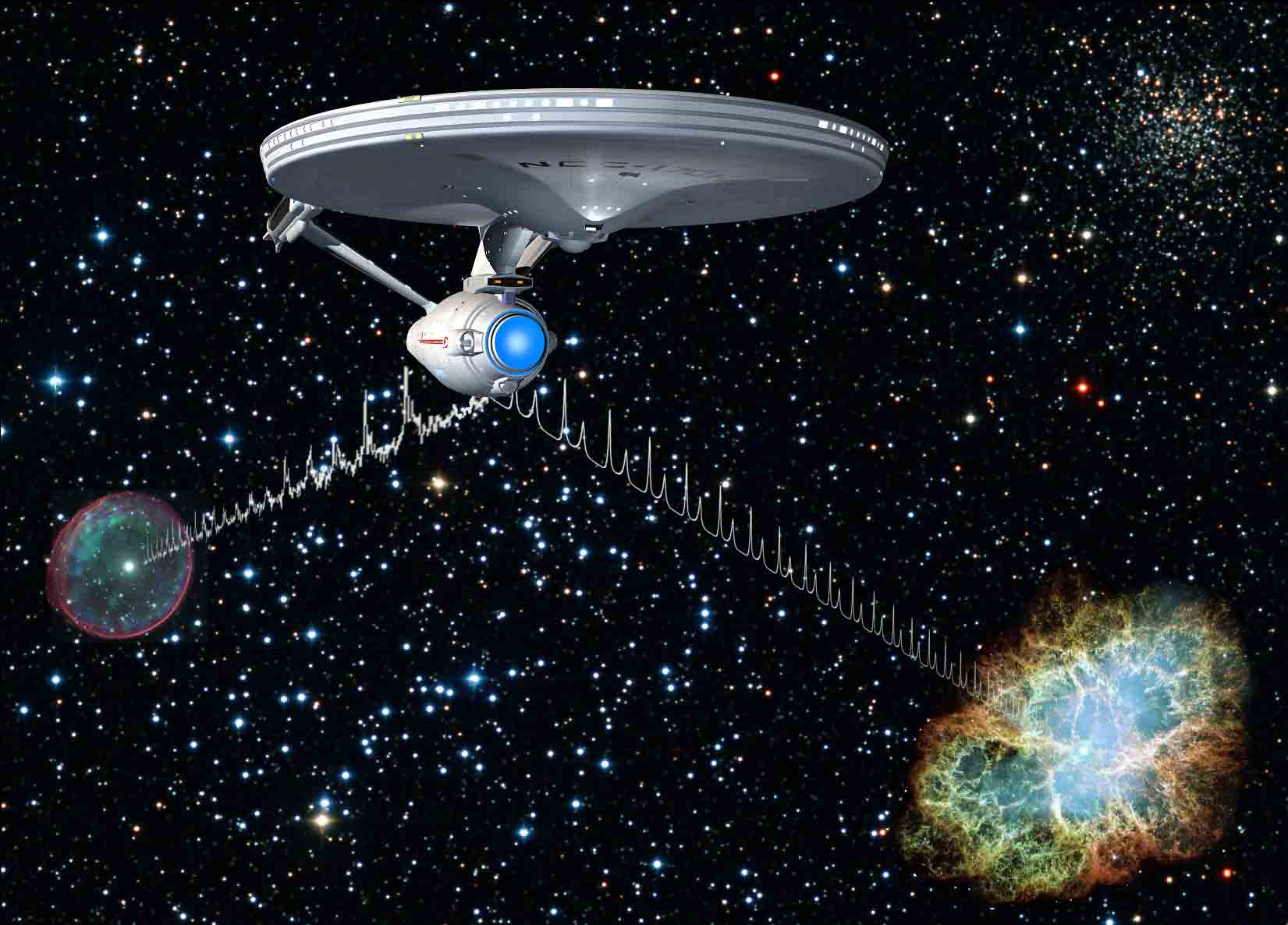 Accurate method of navigation of the spacecraft was proposed at the National physical laboratory (National Physical Laboratory, NPL) and the University of Leicester, both academic institutions in the UK, published scientific work, which describes how the distance from the spacecraft to the chosen as a benchmark of a pulsar can be calculated offline on the basis of data obtained using the onboard x-ray telescope of the apparatus, with an error of not more than two kilometers.

This method uses x-rays emitted by pulsars, which allow to determine the coordinates of the spacecraft in three-dimensional space with an error of not more than 30 kilometers under the condition of location of the device at a distance of about the radius of the orbit of Neptune from Earth. Pulsars are called the remnants of stars that emit energy in the form of x-ray and other radiation. In the case of certain types of pulsars, called millisecond pulsars, the pulses occur on a regular basis with an accuracy comparable to the accuracy of the atomic clock, and therefore, these “dead stars” can be used to determine the spatial position of the spacecraft.

Although currently available technology to create powerful x-ray telescopes, in this new study, the main emphasis was placed on the x-ray telescope of small size, which can be installed on Board the spacecraft specifically for the purpose of navigation. This telescope was built and tested in simulation mode by scientists from the University of Leicester. Contribution to the study of the representatives of the NPL was to create a method of determining the position and speed of a spacecraft based on the x-ray data.