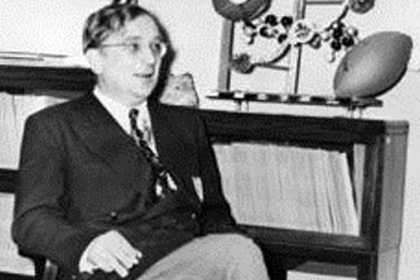 Scientists Allan Sandidge, Steven Majewski, Rachael Beaton from the USA solved a century of astronomical mystery. They showed that their colleague George Gamow and Walter Adams in 1944 he developed a classification star-subgiant that Sandidge first introduced in the mid-1950s years. Devoted to this work published in the journal Publications of the Astronomical Society of the Pacific, briefly about it it is reported on the website of the Carnegie institution in Washington (USA).

Gamow and Adams were in correspondence in 1944. In one of the letters was given diagram of Hertzsprung-Russell disposed thereon subgiants. It
allows us to classify stars according to their physical characteristics and predict their evolution over time. Gamow and Adams was first depicted on it subgiant — a group of stars that a little heavier than the Sun and which ended hydrogen fuel. 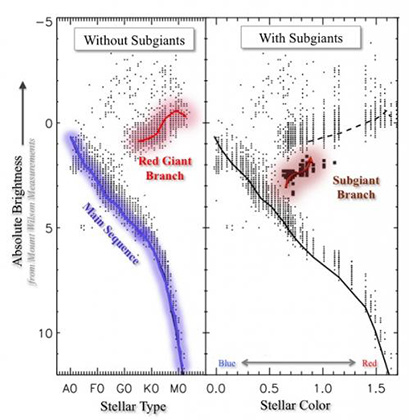 As shown by studies of Sandidge and his colleagues, Gamow and Adams correctly pointed out place of subgiants in the diagram. To do this, astronomers used data catalogue of the Observatory of mount Wilson, which by 1935 there were about 90 subgiants.

Previously it was thought that the first the position of these stars on the diagram indicated Sandigi, and the fact that what other scientists did before him for 10 years, woke him up interest in archival investigation, begun in 2000-ies

According to Sandidge, conclusions, Gamow and Adams were not seen because the position of subgiants on the main sequence (where stars fuel for the thermonuclear reactions in which hydrogen is) diagram of Hertzsprung — Russell then failed to describe with existing models of stellar evolution. Work Sandidge and his colleagues in mid-1950-ies has allowed to show that subgiant are natural stage of evolution of main sequence stars.