Discover new traces of the existence of the “planet X” 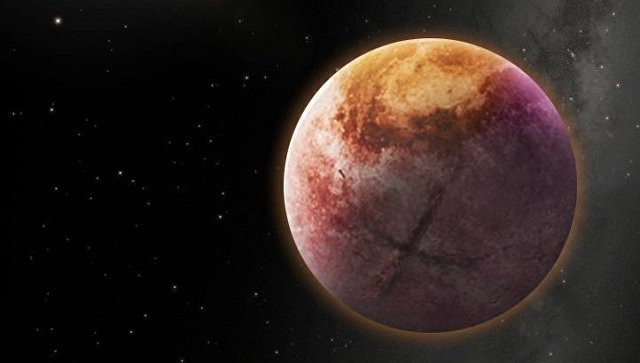 Planetologists from Spain found unusual anomalies in the movement of comets and asteroids behind the orbits of Pluto and Neptune, who once again pointed to the existence of a giant “planet X”. This is stated in an article published in the journal MNRAS Letters.

“If these objects behave the same way as the comets of Jupiter, then we found evidence that they are actively interacting with a large planet located at a distance of 300-400 astronomical units from the Sun. We believe that those things that we We can not just write off the errors of observation, “- says Carlos de la Fuente Marcos (Carlos de la Fuente Marcos) from the University of Madrid (Spain).

In early January of last year, two well-known planetary scientists, Brown and Konstantin Batygin, his colleague at the California Institute of Technology, announced that they were able to calculate the position of the mysterious “X planet” – the ninth planet of the solar system, 41 billion kilometers away from the Sun and weighing 10 times more than the Earth.

Due to the huge distance to this planet, the planet X is believed to be making a revolution around the Sun in 15 thousand years – we still do not know where it is, and we do not have any evidence of its existence, in addition to the strange nature of the movement of a number of Dwarf planets and asteroids in the Kuiper belt.

Despite the long search for the “Planet X”, which is now engaged in just ten large groups of astronomers, until its traces scientists could not find. This led many of them to believe that the ninth planet of the solar system does not exist, and that its traces arose in the data of Batygin and Brown due to random coincidences in the orbits of that small number of dwarf planets behind the orbit of Pluto, which we now know.

De La Fuente Marcos and his colleagues came to the conclusion that in fact, the “planet X” still exists, having built an ultra-exact model of the margins of the solar system and analyzing the movement of comets and large asteroids inhabiting the Kuiper belt.

As explained by the Spanish astronomer, he was interested in one unobtrusive property of these comets – at which points they cross the plane of the solar system, if their orbit is strongly inclined towards the orbits of most planets. The location of these points, according to de la Fuente Marcos, will be very different for those cases if the “planet X” exists or is absent.

If the planet Batygin and Brown is a fiction, then these points should be scattered in space in a completely random way, and otherwise they will be concentrated in two definite regions of the solar system, where they will be “driven” by the attraction of the “planet X”.

Analyzing the movement of 28 similar comets and 24 centaur asteroids, de la Fuente Marcos and his colleagues found that their orbits crossed the plane of the solar system at two points distant from the sun about 300 and 400 times greater than the Earth. According to scientists, this is another evidence in favor of the existence of the “planet X”.