Discovered a phenomenon that turns the idea of the universe 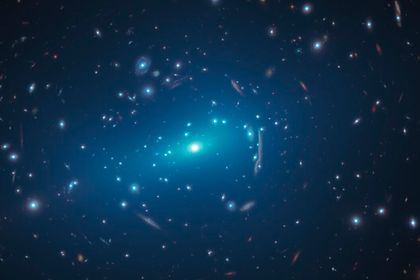 Astronomers have discovered a phenomenon that is reversing the concept of dark matter in the universe. According to the results obtained by scientists from the National Institute of Astrophysics in Italy, in some galaxies the concentration of dark matter is more than an order of magnitude higher than expected, which indicates either unknown properties of invisible matter, or fundamental gaps in knowledge about space. This is reported in an article published in the journal Science.

Astronomers have studied 11 galaxy clusters and noticed that something is creating small lensing effects that are invisible at the scale of the entire cluster. This indicates the existence of more dark matter than has been anticipated by the best mathematical models predicting the properties of invisible matter. Researchers do not yet know how to explain this discrepancy.