Discovered a planet that is hotter than many stars 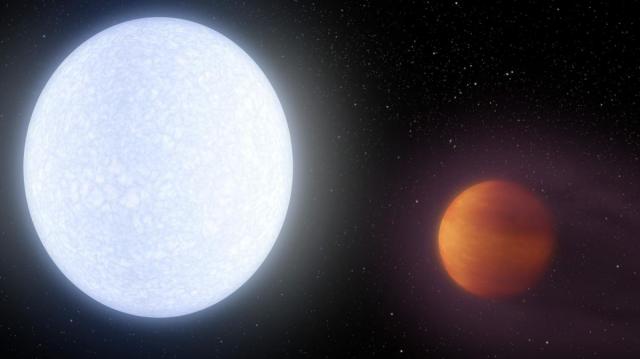 Astronomers have discovered a planet that is hotter than many stars. The results of the research are published on the website of Vanderbilt University.

The planet revolves around a massive star KELT-9, located at a distance of 650 light years from Earth in the constellation Cygnus.

KELT-9b has one more feature. It is 2.8 times more massive than Jupiter, but its density is half the density of the largest planet in the solar system. According to scientists, because of the high temperature on the day side, the atmosphere of this planet is unlike the atmosphere of any other planet. The star around which the object turns is twice as large as our Sun and about twice as hot.

The planet is very close to the star. One turn around it KELT-9b commits in 1.5 days. If the planet has a stony core, the planet will burn out and shrink to the size of Mercury.