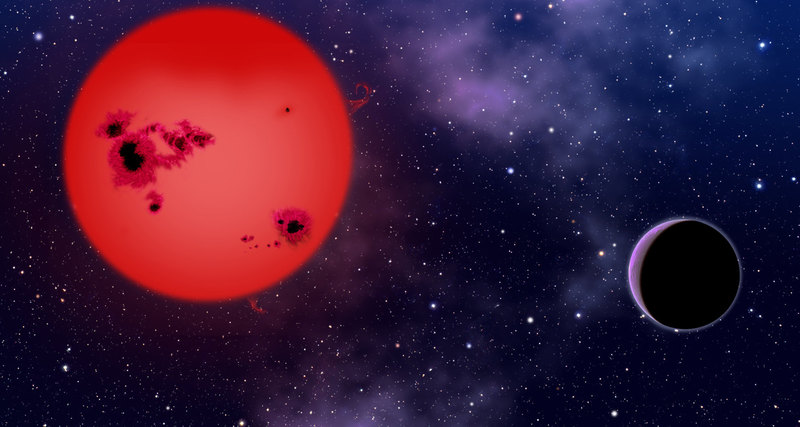 The TESS space telescope, which specializes in searching for exoplanets close to us, pleased scientists with a new discovery. In the system L 98–59, located 35 light years away, three new exoplanets were discovered at once, all of which are small.

L 98−59 – red dwarf, nothing particularly remarkable, but promising great opportunities for planetologists. The exoplanets found are outside the zone in which liquid water may exist on their surface. Probably, they receive from their star about the same energy as Venus – from the Sun, but it is too early to say that the conditions may be similar to Venusian.

One of them – L 98−59b – has a diameter of about 80% of the earth, which makes it the smallest exoplanet discovered by TESS so far. “Kepler”, however, found objects and smaller, so now we are talking about the “personal record” of a particular telescope.


L 98−59b, the closest world to a star, makes one revolution around it in just 2.25 Earth days, and receives 22 times more energy from the star than the Earth does from the Sun. The average planet, L 98−59c, is drawn at intervals of 3.7 days and receives 11 times more radiation than the Earth. On L 98–59d, the farthest planet identified at this time, the year lasts 7.5 days. It receives from the star four times more energy than the Earth. Scientists believe that the conditions on it may partly resemble Neptune, only much hotter – it seems that there is a powerful atmosphere, the composition of which is not yet known.

Astronomers intend to continue monitoring the system to see if there is anything else interesting there.

You can read the details in the message from the NASA Goddard Center.