Discovered an unexpected interaction between dark and normal matter 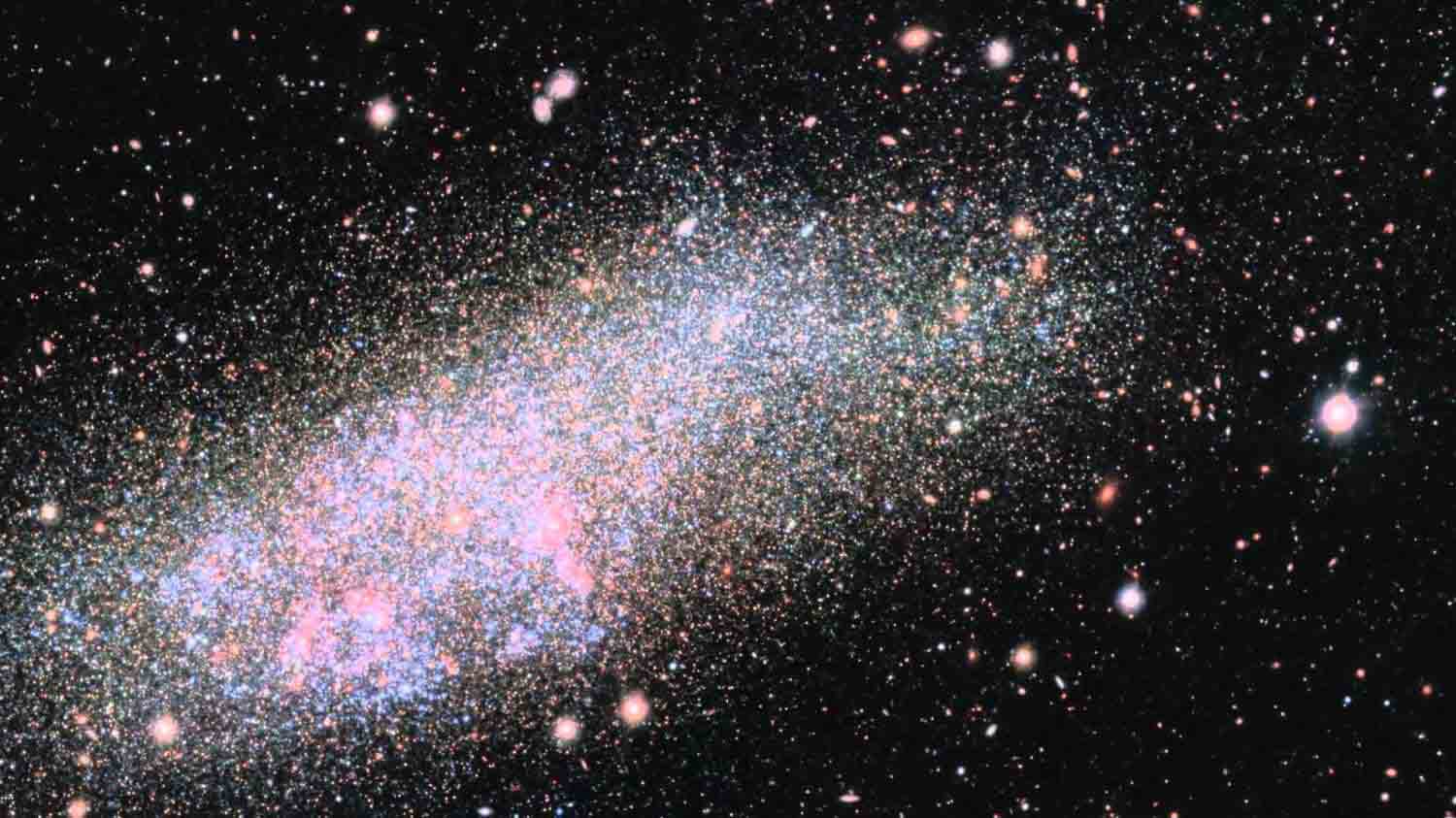 Statistical analysis mini spiral galaxies has revealed an unexpected interaction between dark and normal matter. According to a new study that indicates the statistical significance of this relationship and the impossibility of explaining it within the framework of the Standard model, such space objects can serve as “portals” in the new physics that can explain phenomena such as dark matter and dark energy.

They remind our spiral galaxy, but is about ten thousand times smaller dimensions: spiral mini-galaxy, studied by the scientific team under the leadership of Paolo Colucci (Paolo Salucci) Professor International school for advanced studies (International School for Advanced Studies, SISSA), Italy, can “open a window to new physics that extends far beyond the boundaries of the Standard model and is able to explain dark matter and dark energy,” said Colucci.

According to the authors, this effect cannot be explained within the Standard model of particle physics, and the validity of its existence is confirmed by a large number of manifestations: the study was studied in 36 galaxies, a number that is sufficient for statistical studies.

The paper was published in the journal Monthly Notices of the Royal Astronomical Society.