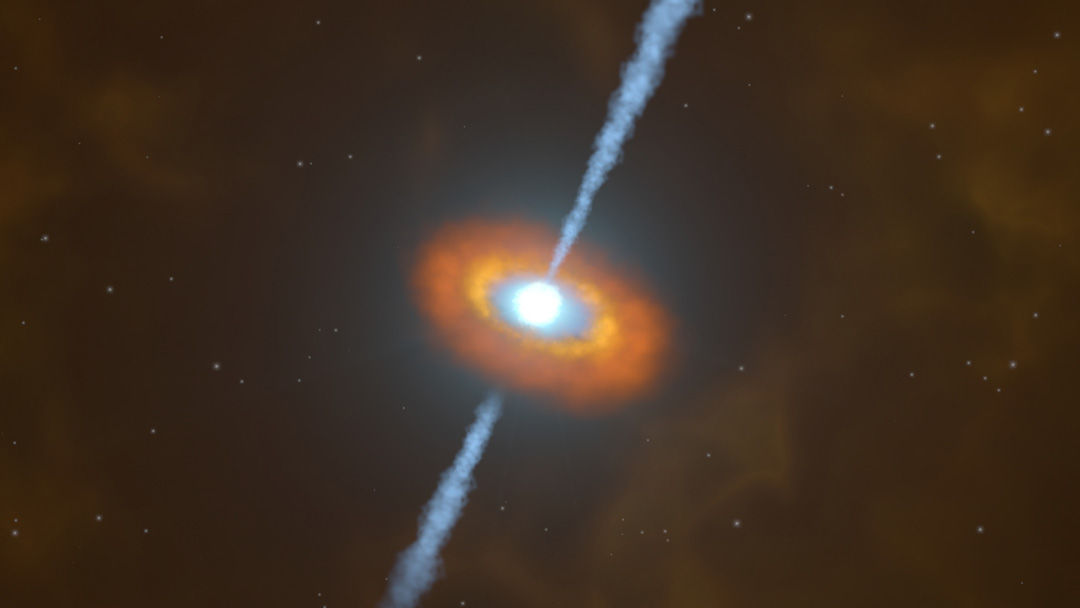 Radiation occurs when matter falls towards the black hole and flows into a powerful, narrow jets of radiating electromagnetic waves of charged particles moving at speeds close to the speed of light. Two defining properties of the blazar – powerful radiation in the radio and high volatility – are the result of accretion of matter and emitting jets.

Although other active galactic nuclei also emit jets composed of particles of matter, grade blazers is characterized in that the jets of these objects are directed towards the Earth. Powerful radiation jets blazers usually masks the emission and absorption lines of matter in these galaxies and to determine the distance to them, but a new study conducted by astronomers from the Harvard-Smithsonian astrophysics centre, USA, D Abrasco Raffaele (Raffaele D Abrusco) and Howard Smith (Howard Smith) reported the discovery of unique blazers, dim in the radio. Astronomers discovered these objects in the catalog of cosmic gamma-ray Observatory, NASA “Fermi” (Fermi), but I haven’t found them in compliance in catalogues of radio sources, including the catalog of infrared sources, compiled with the help of satellite WISE.

Currently the authors are working on the explanation of the mysterious “silence” they studied the blazers in the radio and are planning additional observations to confirm the reliability of discovered facts that are contrary to the most popular hypotheses about the nature of the blazers.