Discovered exoplanet with an oxygen atmosphere 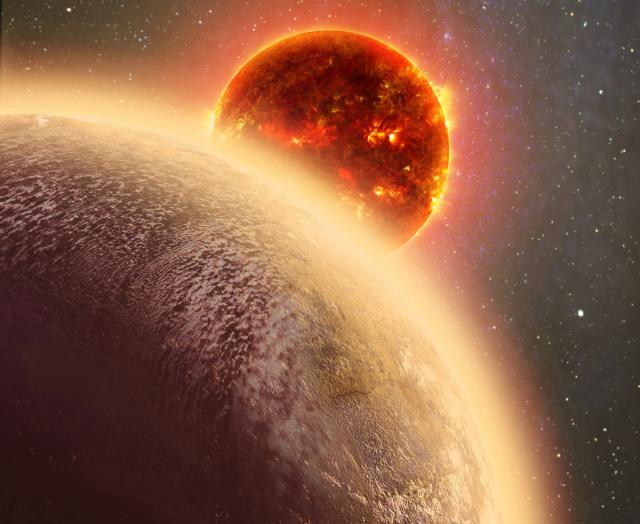 Scientists from the Harvard-Smithsonian center for astrophysics said that the exoplanet GJ 1132b, discovered last year, may have an atmosphere which has oxygen. The property is situated at a distance of 39 light years from Earth.

According to astronomers, although planet can have an oxygen atmosphere, it is hardly possible, because its surface temperature is 450 degrees Fahrenheit (232 degrees Celsius).

The exoplanet is very close to its star at a distance of 2.25 million km, In this regard, GJ 1132b suffers from severe exposure to ultraviolet radiation. Radiation contributes to the disintegration of water molecules into hydrogen and oxygen, which are likely to leave the planet. Since hydrogen is a lighter element, it leaves the planet faster than oxygen.

On colder planets, the presence of oxygen would have meant the possibility of the existence of extraterrestrial life, however, in the case of hot GJ 1132b, it is an indication that conditions are becoming less favorable for life, the researchers said.

On the planet there is a strong greenhouse effect due to water vapor, which further increases surface temperature. As a result, the surface may be molten for millions of years.

A magma ocean may interact with the atmosphere, taking some amount of oxygen. Scientists carried out computer simulations showed that only one-tenth of the oxygen is taken up by a magma ocean. The rest goes into space.

According to scientists, was the first to find an exoplanet that can have oxygen in the atmosphere. In the future the study of this object will join the Giant Magellan telescope and the space telescope James Webb.

Researchers believe that the study of GJ 1132b will help you better understand the processes occurring on Venus. Venus may have had in the past same amount of water as the Earth, but gradually, under the influence of solar radiation lost water.