Discovered new evidence of the presence of water on Mars 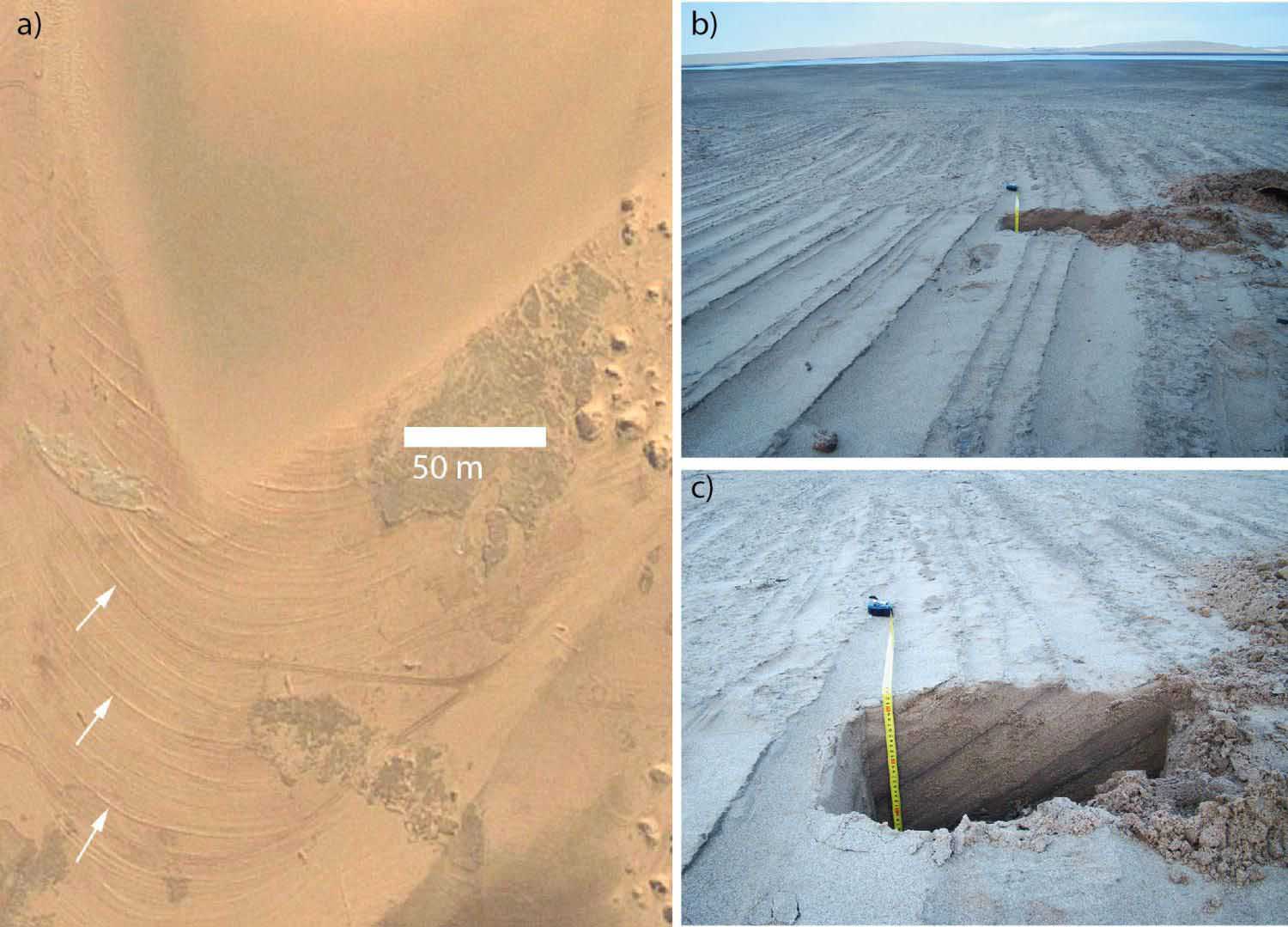 Researchers from Trinity College, Ireland, opened plot of soil on the territory of ancient valleys on the surface of Mars, which, apparently, was flooded with water in the not too distant past. This allowed the researchers to point to this area as a promising target for future Mars science missions.

The main author of the new study Dr. Mary Burke (Mary Bourke) said, “In the land of the dunes located in the desert, regularly flooded water in those areas, where changes of groundwater level or in zones bordering lakes, or rivers. These recurrent floods leave behind characteristic traces on the surface of the planet. Imagine our excitement when we, scanning satellite images of the surface of Mars, found in it these distinctive marks, indicating that water on the surface of the planet was present in the not so distant past.”

Previously, the researchers found these characteristic signs of water – the so-called “arc of poloschatosti” (arcuate striations in the photo) – on the surface of the Earth between the migrating sand dunes in the Namib desert. Subsequent field studies of these formations showed that these arc poloschatosti formed from sedimentary rocks of the dunes that have undergone geochemical cementation with participation of salts remaining on the surface after evaporation of groundwater. Subsequently, these formations became immobile and remained in place, while the dunes continued to migrate.

Dr Bourke added: “Based on the results obtained in the Namib desert, we assume that on Mars similar examples arc poloschatosti detectable between the dunes, indicate a change in the level of groundwater rich in salts, at a time when the dunes were actively migrating along the valley.