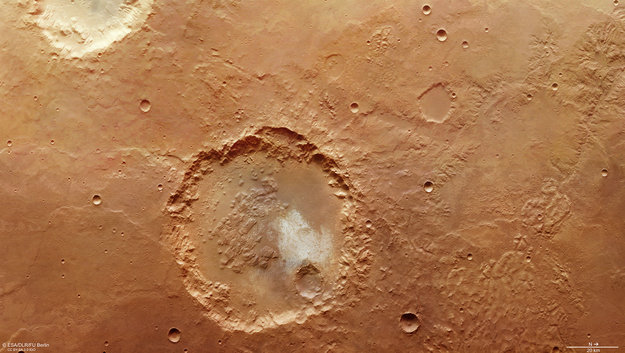 This 70-kilometer crater opens the veil to the interesting and saturated water past of the planet Mars. 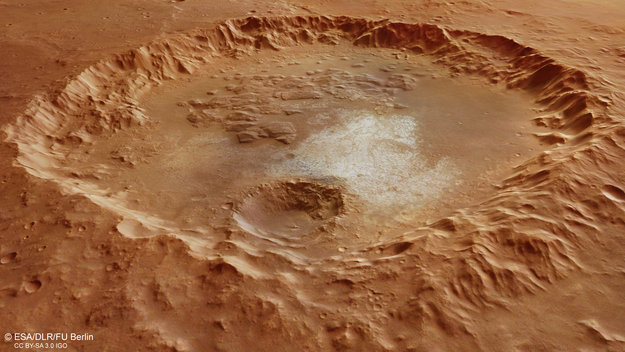 The Mars Express spacecraft, launched by the European Space Agency ESA, launched in 2003, made interesting photographs of the Martian surface in March 2007 and February 2017. Based on these photographs, mission scientists created an exciting composite image depicting a large crater in the southern hemisphere of Mars. This region is famous for a scientist called Margaritifer Terra.

In the image, scientists looked at a network of valleys that indicate that water once flowed through this area, forming channels that we can observe today.

Scientists draw our attention to the fact that there are many distinctive features in the 70-kilometer crater presented in the photo, such as a striking light-colored material.