Diseases which could be brought to Earth from space

For many years many scientists for themselves were convinced that seeds of life could be quite brought to Earth by meteorites. It is the theory of a panspermia, and she could answer a lot of things concerning our origin. Unfortunately, as the same scientists consider, alien bacteria and viruses can still spill on us a rain. These microscopic aggressors are guilty in various diseases, from the most routine to the most fancy. Carefully, not for the faint-hearted. 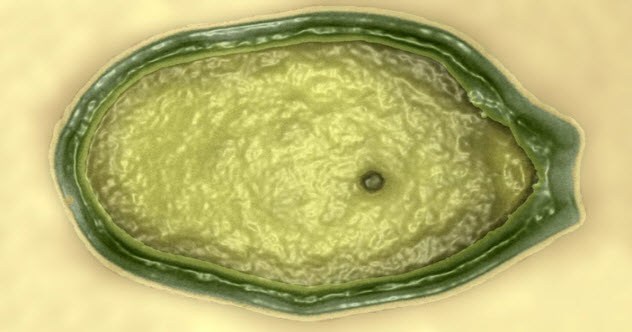 This recently found virus with the frightening name is ten times more larger than any virus habitual to us. It was found in 2013 by the French scientists, and this fancy unique microorganism is found only in two places on Earth (more did not find yet): at coast of Chile and in one Australian pond. Only 6% of its genetic structure are similar to structures of other life on Earth.

From there were also assumptions that its birthplace actually not Earth. It can seem silly, but scientists seriously study a possibility that at a pandoravirus an alien origin. But do not worry. Even if this huge virus really from some Mars, it is dangerous only to amoebas. 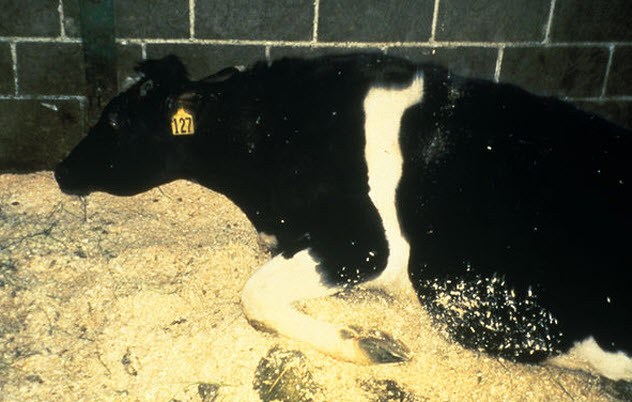 Mad cow disease, or spongy encephalopathy, is an exhausting disease which sometimes emerges and does harm to the beef industry. That it is even worse, it can pass to the person when eating of the infected meat, and after to lead to a dementia or even death. Responsibility for this infection is born by fancy microorganisms — prions — and some consider that their strangeness not simply coincidence.

Recently scientists in India declared that these microbes attacking a brain could be brought to us by the comet which was flying by by. In the frozen balls of a cosmic dust the chemical structures very similar to prions and other microorganisms were found.

The tiny frozen aliens could arrive to us together with dust from a comet trace. To find the killing cows of microbes, scientists sent balloons to an upper atmosphere. 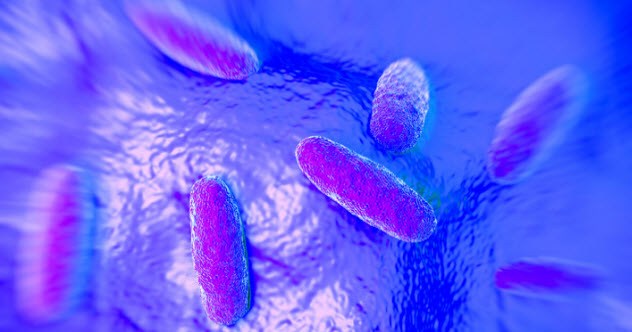 This piece be not prime “it can from space”, precisely from. In 2006 the space STS-115 shuttle made an experiment: on its board grew up bacteria of a salmonella to watch her development in space. Expecting a routine research, astronauts involuntarily were shipped in the science fiction.

The bacterium which is grown up onboard the spacecraft showed radical mutations in 167 genes with changes in production of 73 proteins. Tests on laboratory mice showed that the mutant microbe is much more ruthless than the terrestrial colleague even in the presence of smaller number of bacteria.

Scientists could find out that the under gravitation became fault of extraordinary transformation and that any bacterium in space can become the real evil. Who knows, can astronauts incidentally will grow up an apocalypse in a tube with mashed potatoes. 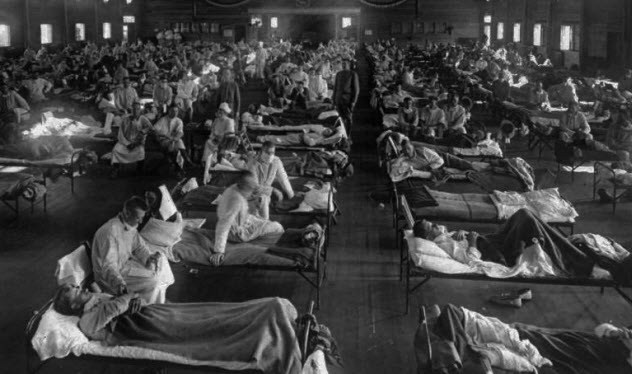 In 1918 the world was in a vice of one of the most deadly epidemics. The Spaniard, the Spanish flu, struck a third of the population of Earth and claimed about 20 million lives. It was it is unique the deadly strain of a routine virus, and the English astronomer sir Fred Hoil offered the theory.

Comets, he solved, brought the frozen stranger viruses in the atmosphere. Then they directed to the Earth’s surface by means of the energy developed by activity of solar spots. This activity reaches peak each 11 years and more and more tiny vtorzhenets goes down on earth level. This 11-year cycle all global flashes divide flu in 250 years, so, the Spaniard could be the first large-scale alien invasion to Earth. 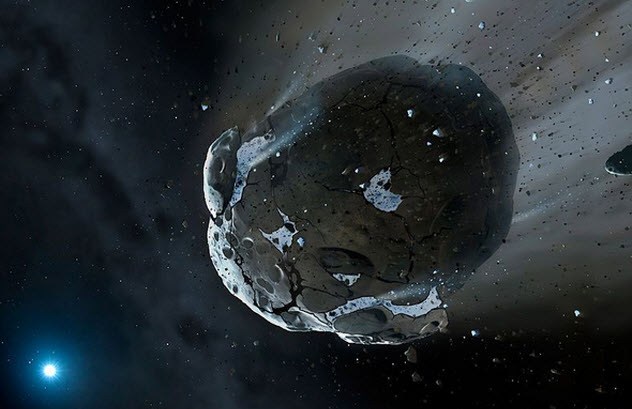 Ebola — one of the most horrible diseases which can only be presented. The virus causes heavy bleeding and torments which sometimes it is worse than death. Therefore the notorious outbreak of a virus in 2014 rallied the world on fight against it — but some found also other reasons.

Ashley Dale from University of Bristol in England has the interesting theory. Millions years ago, he thought, Ebola virus arrived to Earth together with a meteorite. Referring to certificates that microscopic life forms quite could survive in a space vacuum, he considers that alien breeds would be ideal transport.

Then fancifully fatal virus adapted to conditions of our planet and found ideal owners: us. Proofs, of course, doubtful, but how still to explain emergence of a virus which too terrible to be born on boring aged Earth? 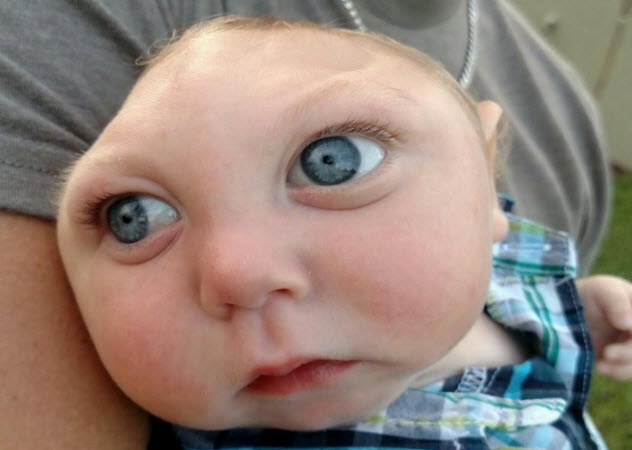 Now the world is very concerned by a Zika virus. The alarming congenital defects caused by this virus rather terrible, but the virus in itself also quickly mutates that creates the padding reasons for concern. It changes quicker, than we manage to blink, because of ability to absorb someone else’s DNA.

According to researchers of the Buckingham university, it is far more dangerous, than we represent. They consider that the single explanation of casual adaptations — like a sudden possibility of transfer sexually — is absorption of alien DNA. Claiming that alien microbes are constantly delivered to Earth together with space debris, scientists consider what Zeke uses extraterrestrial genes to disperse. And if not to arrange, the virus mutates and … well, generally, we warned you. 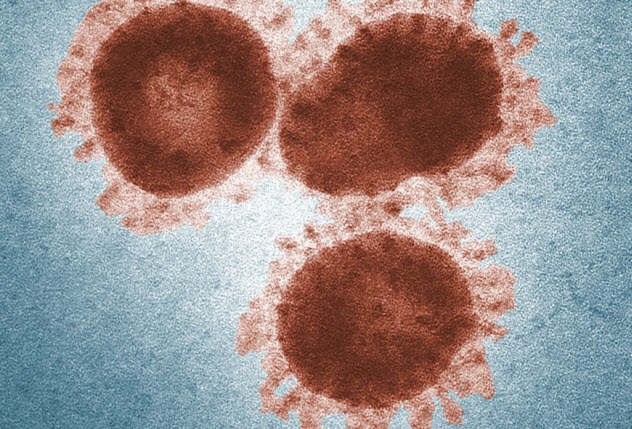 In 2002 the heavy sharp respiratory syndrome (HSRS) for the first time appeared in China. In a flash it extended worldwide and frightened people. He was, undoubtedly, deadly, but quickly enough calmed down.

Sudden emergence of such unique fatal disease forced many people, including scientists of the Cardiff astrobiological center, to think from where it undertook. Scientists suspect that the cosmic dust filled with a virus went down through the atmosphere and landed to the West from the Himalayas where the stratosphere is the thinnest.

Then these microbes began to infect local inhabitants whose immune systems were defenseless against aliens. This theory, though disputable very much, explains suddenness of flash and deadliness of a virus. 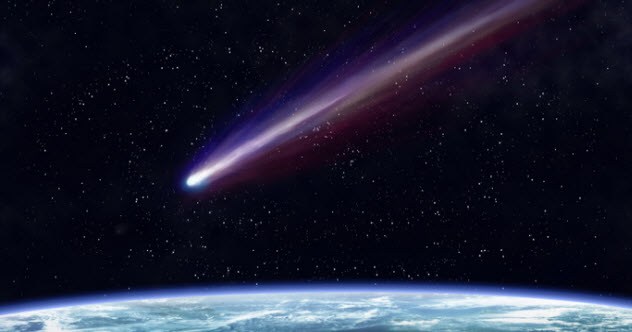 When business reaches diseases, the human immunodeficiency virus (HIV) removes cherry from cake. The HIV causing AIDS represents one of the most terrible viruses on the planet. But Chandra Vikramasingkh, professor of the Buckingham center of astrobiology, considers that it is not just terrible virus. It is an alien virus.

Vikramasingkh and his team consider that superviruses like HIV constantly take root to Earth in the course of collisions of comets. They even consider that one such virus could become the reason of extinction of dinosaurs. Allegedly, any terrestrial virus cannot be so destructive. In a case with HIV, they suspect that it was the sleeping terrestrial virus which absorbed chains of alien genetic material and became deadly.

Of course, it contradicts the recognized theory that the virus developed at monkeys therefore professor has few supporters. 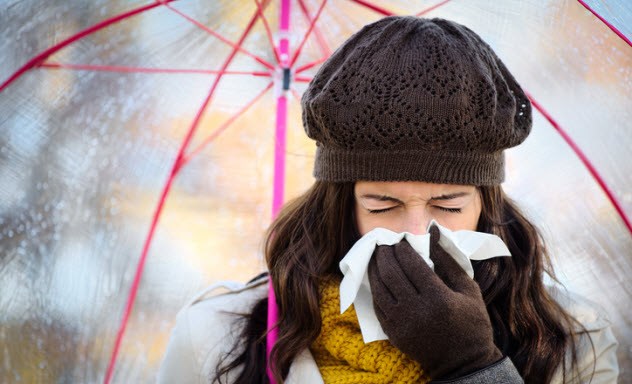 This importunate rhinitis which you face several times a year not just importunate — it is astronomically importunate. In any case if to trust the book of 1979 of “A disease from space”. Long before professor Chandra Vikramasingkh created the theory about HIV, he and the astrobiologist sir Fred Hoil composed the loaded word in favor of a panspermia. They considered that the majority of a cosmic dust consists of microscopic entities, and even routine cold is an alien vtorzhenets. She just goes down in the atmosphere and waits for a rain or snow to reach the victim. You will not believe, but their book was in great demand.

Imagine constantly dementing feeling of the fact that at you under skin something creeps. Present how on a body awful ulcers are shown. And in these ulcers sprout rough multi-colored threads. Welcome to the mysterious world of a morgellonovy disease.

Many years this mysterious illness pursues people worldwide. Feelings of the insects creeping on skin lead to imaginary germination of fibers from flesh of the victim. The decaying teeth and sleeplessness — too symptoms. But tests show that this disease has no particular symptomatology and the reasons and, most likely, it has psychogenic character.

It is no wonder that around this mysterious disease there was a set of theories including about an alien origin. Some even consider that fault to all alien parasites who flied to Earth together with the Genesis space probe which crashed in the desert State of Utah in 2004.