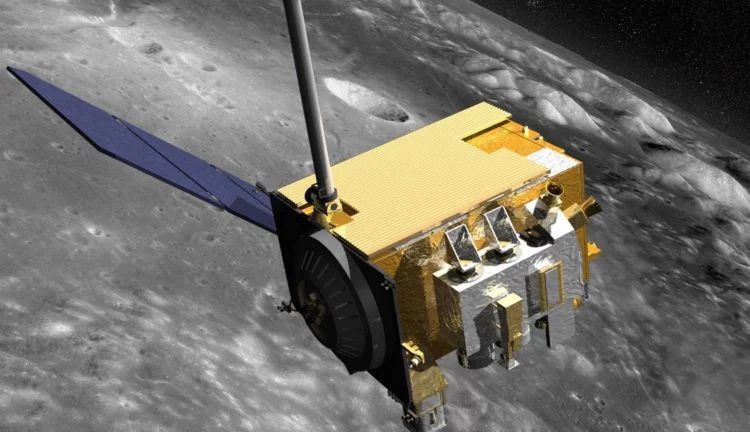 Due to the lack of atmosphere and weak gravity, large amounts of water cannot accumulate on the moon. Despite this, in small quantities it is still there – once again it was proved in 2018, when the Indian satellite Chandrayaan-1 finally confirmed the presence of ice on its surface. Recently, the LRO spacecraft was the first in history to trace the movement of water molecules across the surface of the moon, and the results of observations disproved the theory that this moisture was formed under the influence of the solar wind.

Previously, scientists had two theories about the appearance of water on the surface of the moon. The first one stated that it was “transported” using asteroids and comets. The second one sounded even more convincing – it was supposed to, it is formed constantly, under the influence of the solar wind with the content of hydrogen and oxygen.

To trace the water molecules, NASA has tuned the LRO to more accurately recognize reflections from the Earth’s satellite. It turned out that the surface of the moon is not so much moisture as previously thought. The researchers also found that in the warmest time of the day, water molecules either fly off into space, or move into the dark corners of the satellite.

Scientists quickly realized that if the second theory is correct, then while the moon is under the shadow of our planet and the absence of the solar wind, the number of water molecules should sharply decrease. Surprisingly, the LAMP tool, which is part of the LRO, did not record any changes in the number of water molecules. Thus, one of the most amazing theories has come under great doubt.

The absence of changes also suggests that the liquid evaporates from the moon not as often as previously thought. It may be accumulated in the satellite’s ground, and this information can be extremely useful in building a lunar station that will help humanity reach Mars and other distant planets.