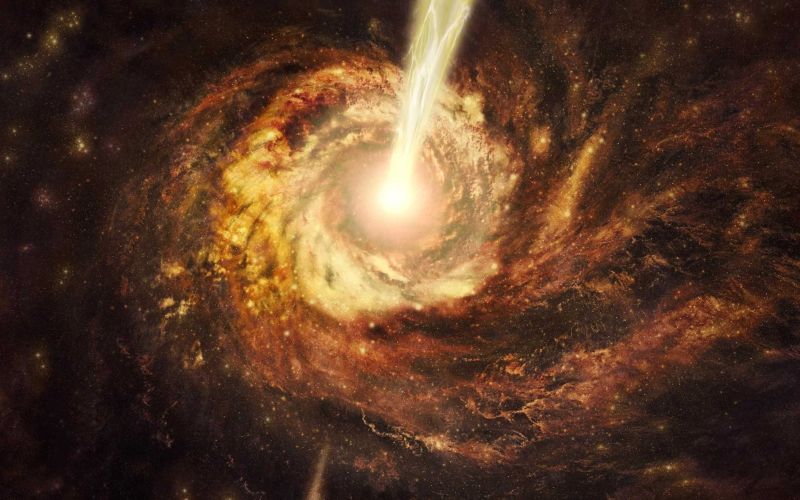 Scientists drew attention to the peculiarity of black holes are located in galaxies neighboring the Milky Way. And it is impossible to explain the mechanisms of interaction of stars and black holes, as described earlier.

It is assumed that most of the large galaxies have supermassive black holes located in their Central regions. It is believed that these objects are extremely “hungry” and can absorb a lot of stars. Recent observations have meanwhile demonstrated a strange trend: black holes “dinner” is much less than predicted by theoretical calculations. If they were more “hungry”, then flashes caused by the interaction of black holes and stars would be more.

The anomalous behavior of the mysterious object has prompted researchers to conduct computer simulations. However, it gave no answer to the main question of interest to scientists. “The observed low capture rate cannot be explained by the effect of slingshot – a massive “bailout” of stars from the galactic center gravity dual black holes,” says representing the Moscow physical-technical Institute Kirill Lezhnin. So, according to experts, there are some unknown constraints on the “appetite” of black holes. What are these factors, scientists have yet to figure out.

Directly observe a black hole is impossible. Meanwhile, scientists have discovered approximately one thousand objects, which can be attributed to black holes. Everything in our Universe can be millions of black holes.

Earlier, reported the discovery of a black hole absorbs remnants of torn it shone for eleven years.