Do people need to renew the body for life on Mars? 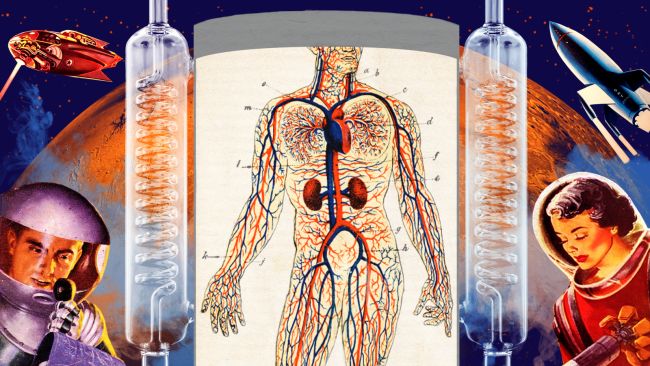 To live and dig in space – especially on Mars – that’s what many years our view attracts. Recently, the founder of SpaceX Ilon Mask decided to put a very large amount of money in order to colonize the Red Planet. NASA also likes to brag about its forthcoming trip to Mars, scheduled for the 2030s, and several other celebrities, billionaires and even states are planning to somehow settle on the Red Planet.

But there is a big difference between leaving a couple of tracks and establishing a long-term base on another planet. As for the human colonization of Mars, there are many problems – in particular, how will people live, physically and psychologically, in such harsh conditions? In an article published recently in the magazine Space Policy, Conrad Sotsik, a cognitive scientist from the University of Information Technology and Management in Rzeszow, Poland, argued that sending astronauts to the ISS is not an adequate training for life on Mars. In fact, Sotsik suggests that people will have to change their body very much to physically and psychologically support themselves in the Martian colony.

Other enthusiasts of Mars, including Ilona Mask, do not agree.

“My idea is that the body and mind of a person are adapted to life in an earthly environment,” says Sotsik. “Consequently, some individual physiological and psychological problems during travel, and then during life on Mars, are likely to be too difficult for people to survive. For example, we must take into account the high risk of developing heart problems during this mission and the complete lack of proper medical support. ”

In his article, Sotsik examines some of the preventive treatments that other researchers have suggested to astronauts before heading to Mars. He notes that some suggested “putting the crew in a coma before the trip”, which can reduce energy needs, prevent muscle atrophy and provide additional protection from radiation in deep space, and even “remove the appendix to avoid big dangers.”

In 2012, researchers from the National Institute of Health (NIH) listed the potential risks and benefits of appendectomy and cholecystectomy – removal of the appendix and gallbladder, respectively – before sending astronauts on a long space flight. The logic is extremely simple: if someone swells an appendix or gall bladder in space, the operation will not just be dangerous – impossible.

Sotsik also claims that the first missions sent to the Red Planet can suffer a serious psychological burden. Although the first colonizers are presumably to be selected by very serious psychologists, the pressure of isolation in an unfamiliar environment is a powerful threat. Still, the first results of the NASA HI-SEAS experiments, which simulate this isolation, creating conditions for the residence of a small group of “astronauts” under the dome near the Mauna-Loa volcano in Hawaii, are very promising. Not so long ago the crew spent a year in this pseudo-Martian environment and remained quite pleased, despite the powerful mixture of characters and tastes. 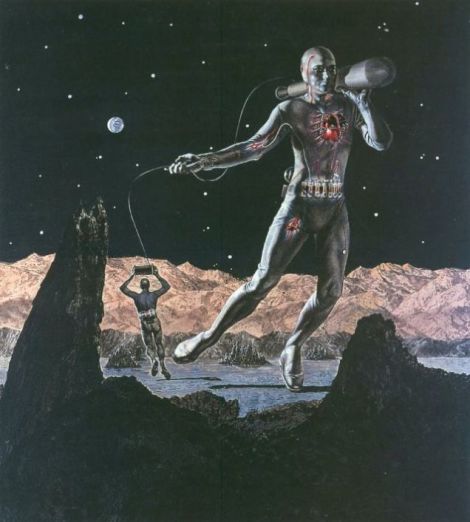 “Yes, psychological problems really cause fear,” says Mark Shelheimer, former chief scientist at NASA’s research program for people. “In this sense, the ISS is not the best platform for imitating the Martian mission. The ISS is isolated and limited (although not as limited to the Martian spacecraft). But the crews change, so new faces appear every three months, and the structure itself is reliably maintained (astronauts can communicate with friends, family, doctors and psychologists on Earth without any delays in time).

In general, Sotsik asserts that no earthly preparation will provide all that is needed to survive on Mars in the long run.

“I think one medicine will not be enough, we need some permanent solutions, genetic or surgical,” he says, adding that we will have to resort to the idea of ​​transhumanism – using science and technology to improve a person in such a way that he can survive in completely different Conditions.

This concept is far from new: Futurologists have long been offering humanity to use biology, nanotechnology, information technology and cognitive sciences to make us more fit for life in space. But although the acceleration of our own biological evolution to enhance our chances of surviving on Mars is admittedly interesting and exciting, not everyone is convinced that it is possible, ethical or necessary.

“People are already now offering to choose cosmonauts for genetic predisposition to such things as resistance to radiation,” says Shelheimer. “Of course, this idea is fraught with problems. First, it is illegal to make a decision on employment based on genetic information. Secondly, when carrying out such manipulations, unforeseen consequences usually arise, and who knows what can deteriorate if we start to choose what, in our opinion, is worth improving. ”

Although he recognizes Sotsik’s ideas interesting, in the opinion of Shelheimer, they will be superfluous in the long run. “I think that we can give astronauts tools – physical, mental, operational – so that they, individually and in groups, will stand firm in the face of the unknown,” he says. “This is what I am currently working on, but so far the work is only at the very beginning. What kind of person will prosper in extreme conditions? How to build a mission to help this person? This should be considered systematically. ”

The future president of Mars Ilon Mask was even sharper when he was asked to comment on the idea that people will have to change their biology in order to survive on Mars. He called this premise “ridiculous.” “Being in deep space or on Earth’s orbit for long periods is much worse than on Mars,” Mask said. “But Buzz Aldrin still feels good, like other astronauts.”

Even if the optimists are right and we do not need to change ourselves to live a healthy life on Mars, there remains another important question on the subject of colonization: how will we reproduce? Although on the surface of Mars is not as bad as in deep space, the surface of Mars radiates intense radiation, because its atmosphere is much thinner than that of Earth, and there is no global magnetic field that deflects energy particles. This is especially true for women who want to become pregnant, since even small doses of ionizing radiation can have a serious impact on the development of the fetus. In all probability, long-term settlements will have to be built beneath the surface of the planet in order to protect old, young and pregnant people from the energy particles of the sun and galactic cosmic rays.

“We do not know how the decrease in gravity and radiation will affect the process of human reproduction,” says Sotsik. “We can assume that this impact can be harmful.”

And adds that to maintain a colony that can exist without inbreeding, we will have to send a lot of people to Mars, which can be a problem. Therefore, he suggests “taking into account the possibility of human cloning or other similar methods” in order to preserve the colony.

Well, it seems, the resettlement of people across several planets will be exciting. And awful.