Do stars fall into black holes or hit something? 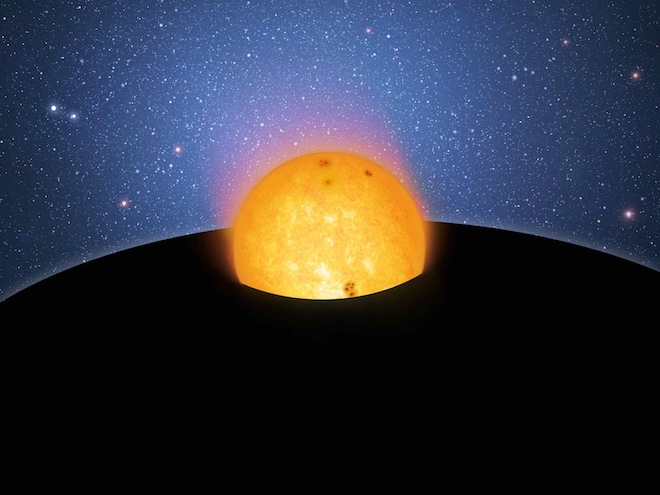 Astronomers from the University of Texas at Austin and Harvard University tested the main property of black holes, showing that the matter absorbed by them completely disappears. According to the results of the research, the general theory of relativity of Albert Einstein successfully withstood the next test for truth.

Most scientists agree that black holes, surrounded by the so-called event horizon, have such a strong gravity that no object will pass their “mouth.” When matter or energy approaches a black hole, it is inevitably absorbed by it. Although it is widely believed that the existence of the horizons of events is not proven.

“We want to turn the idea of ​​the event horizon into experimental science and find out whether they really exist,” said Professor of Astrophysics Pavan Kumar.

It is believed that supermassive black holes lie in the heart of almost all galaxies. But some theorists suggest that instead of them there is something else – not a black hole, but an even more amazing supermassive object that somehow managed to avoid the gravitational collapse to a singularity, surrounded by the horizon of events. The idea is based on modified theories: the general theory of relativity and the theory of gravity of Einstein.

While the singularity does not have a surface, a collapsed object will have a hard surface. Thus, a material, for example a star, is drawn closer, but does not enter a black hole, but crashes into this hard surface and collapses.

Kumar, his graduate student Venbin Lou and Ramesh Narayan, a theorist at the Harvard-Smithsonian Center for Astrophysics, came up with a test to determine which of the ideas was correct.

“Our motive is not so much to establish that there is a solid surface, how much to expand our knowledge and to find concrete evidence of the existence of a horizon of events around black holes,” Kumar said.

The team found out that they would see the telescope when the star struck the solid surface of a supermassive object in the center of a nearby galaxy: the gas of the star would envelop the object and it would shine for months or maybe years.

As soon as they learned what to look for, they determined how often it can be observed in the neighboring universe if the theory of solid surfaces is correct. “We estimated the rate of stars falling to supermassive black holes. Almost every galaxy has one. We considered only the most massive, weighing about 100 million solar masses or more. About a million of them are several billion light-years from the Earth. ”

The team then studied the Pan-STARRS telescope in Hawaii, which recently completed a half-hemisphere study project. The telescope scanned the area for 3.5 years, fixing “transitory processes” – something that glows for a while, and then disappears. Their goal was to find such processes with the expected light signature of a star falling to a supermassive object and striking a hard surface.

“Given the speed of the falling stars to black holes and the degree of density of black holes in the neighboring universe, we calculated that the Pan-STARRS for 3.5 years of its operation should have detected more than 10 such processes if the theory of the solid surface is correct,” Lou explained. However, they found nothing.

“Our work implies that some or perhaps all black holes have horizons of events, and that the material really disappears from the observed universe when it is absorbed by these exotic objects, as we assumed for decades,” Narayan said. “The general theory of relativity has undergone yet another verification.”

Now the team intends to conduct research using the Large Synoptic Survey Telescope, which is now being built in Chile. Just like Pan-STARRS, LSST will perform repeated sky surveys in search of transient processes, but with much greater sensitivity.

The study is published in the Monthly Notices of the Royal Astronomical Society.