Do stars fall into black holes? 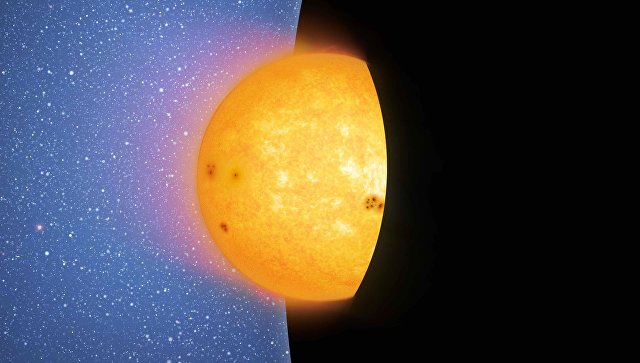 Astronomers and cosmologists from the US followed the behavior of a million of the largest black holes and came to the conclusion that the stars are falling in them entirely and that they have a horizon of events predicted by Einstein’s theory of relativity.

“We did not try to find out what form the horizon of events has, whether it is firm or whether, as the colleagues think, it looks like a fluffy string of threads, we just tried to find the first evidence that it really exists.” Our observations show that all or almost all Black holes have a horizon of events and that matter really disappears from the foreseeable universe at the moment it crosses it. “The theory of relativity has successfully passed the next test,” said Ramesh Narayan of Harvard University.

A point or a hole?

The theory of relativity predicts that in the universe there can exist so-called singularities – points possessing infinitely high density and any mass. A special case of singularity is black holes.

Such objects, in accordance with the principle of “space censorship” Penrose-Hawking, can not be seen, since they will be separated from the rest of the universe by the horizon of events. In other words, the singularity lies within the imaginary sphere, from which even light can not escape because of the super-strong attraction of the black hole. The fulfillment of this principle is extremely important for physics, since the discovery of a “naked singularity”, at least in a theoretical form, will mean that all modern physical science is wrong.

More recently, theoretical physicists have suggested that black holes do not necessarily have to be singular. At the point where there should be a singularity, there may be a superdense object not isolated from the surrounding Universe, but invisible to us, or a “wormhole” – a tunnel that connects two different spaces. This idea causes great controversy among cosmologists and astronomers, since there are no confirmations of it, no refutations yet.

Narayan and his colleagues have found an original way to test whether there is a horizon of events near the black holes, watching how the largest black holes located in the centers of galaxies are eaten by stars that are close to them.

Clarification of the singularity

Scientists have drawn attention to the fact that the consequences of the coming together of a star and a black hole in the presence and absence of a horizon of events will differ appreciably. With its presence, the star will disappear without a trace, falling into a singularity smaller than the atom, and in its absence the star will collide with the superdense object that forms the basis of the black hole.

As a result of this collision, the matter of the luminary will “spread out” around the object, it will cease to be invisible and generate a flash that will last for tens of years, and its brightness will vary in a unique way, unlike supernovae or normal black holes. Accordingly, observing a relatively large number of galaxies, it is possible to understand whether supermassive black holes exist without an event horizon, if their brightness sharply increases and they become visible.

Trying to find traces of such outbreaks, scientists analyzed images of more than a million galaxies with particularly large supermassive black holes in the immediate vicinity of the Earth that were received by the Pan-STARRS automated telescope in the Hawaiian Islands for the past four years.

Narayan and his colleagues did not record a single such outbreak. This shows that the largest black holes have a horizon of events and that the stars are “swallowed” by them entirely, disappearing forever and for ever from the visible Universe. Scientists believe that smaller black holes in the centers of galaxies and their smaller “cousins” of stellar mass behave in a similar way.

In favor of this is the fact that Pan-STARRS had to fix at least ten such temporary flares on the surface of black holes, if the theories about the formation of such superdense objects would be correct. In the near future, Narayan and his colleagues will check their findings on the LSST survey telescope under construction in Chile, which will be able to monitor a large number of galaxies.