Do we feel an intragalactic field? 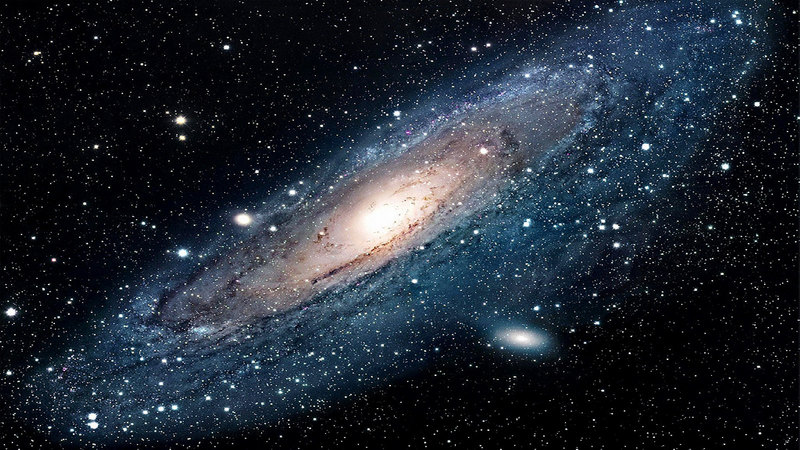 Physicists have long been racking their brains over the violation of combined parity in the decay of certain particles. English theoretical physicist Mark Hadley puts forward a very extravagant hypothesis explaining the reasons for this phenomenon: in his opinion, we simply found ourselves in a bad place. 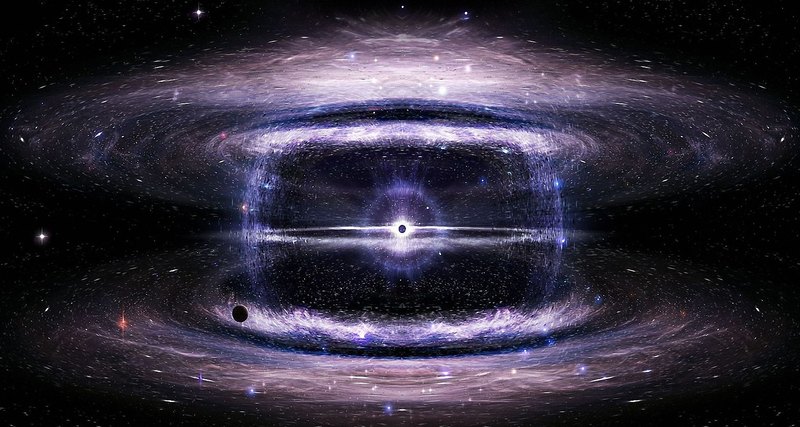 According to the physicist Mark Hadley, the most intragalactic field is felt precisely by those particles and antiparticles (neutral K-mesons, B mesons and D-mesons) in the decays of which even combined parity is not conserved.

Until the middle of the last century, theorists assumed, and the experimenters guaranteed that absolutely all transformations of elementary particles are invariant with respect to mirror symmetry. This means that any process with their participation will not change from reflection in a flat mirror, no matter how it may be arranged in space – or, which is the same thing, from replacing the right one with the left one, and the left one with the right one. Physicists call such invariance the conservation of parity. It seems obvious and natural, since the differences between the right and the left seem to be quite arbitrary. Of the four fundamental interactions – gravitational, electromagnetic, strong and weak – the first three actually obey the law of parity conservation, and completely and without exceptions. However, in weak interactions (for example, in the beta decay of atomic nuclei) parity is not conserved. It can be said that particle transformations, controlled by weak interaction, react to the difference between the right and the left. This feature was theoretically predicted in 1956 and was soon confirmed in the experiment.

Non-conservation of parity in weak interactions literally fell on the head of physicists and was perceived as an unpleasant paradox. Theoreticians immediately assumed that the symmetry between the left and the right still exists, but it does not appear so “on the forehead,” as was previously thought. A few years before the discovery of parity nonconservation, several physicists hypothesized that the mirror image of any particle may be its antiparticle. This idea allowed us to assume that the law of conservation of parity can be saved by requiring that mirror reflection be accompanied by a transition to antiparticles. However, such a trick did not help. Already in 1964, American researchers James Cronin and Val Fitch in experiments conducted on a synchrotron with a variable gradient of the Brookhaven National Laboratory showed that long-lived neutral K mesons decay with a weak non-conservation of such a generalized (as they say, physically combined) parity. For this discovery, they in 1980 received the Nobel Prize in Physics. And in 2001, BaBar experiments on a linear accelerator at Stanford (SLAC) and Belle on the accelerator of the Japanese High Energy Institute (KEK) proved that in the decays of neutral D-mesons and B-mesons, the combined parity is also not preserved. 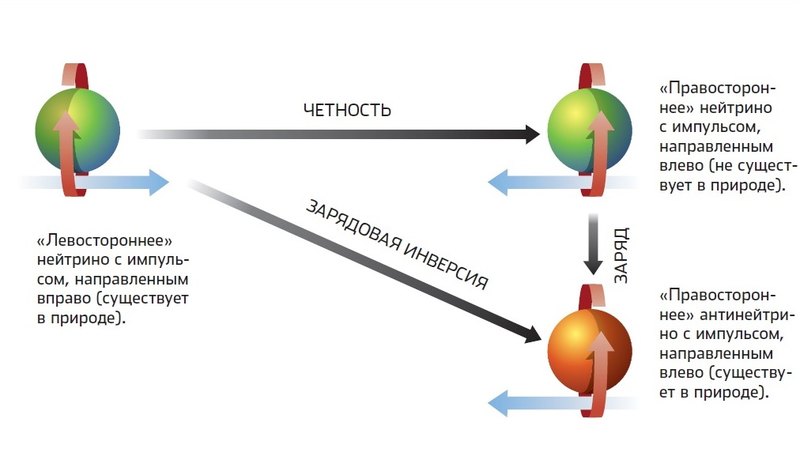 A CP inversion in physics is the simultaneous inversion of charge conjugation (denoted by the letter C, charge) that turns a particle into an antiparticle, and a parity inversion (P, parity) that mirrors the particle “mirror”, swapping “right” and “left”. Strong and electromagnetic interaction with respect to CP inversion are symmetric (as physicists say, invariant), but weak interaction is not, which is observed in some decay processes. In particular, neutral kaons (K-mesons consisting of an s-antiquark and a d- or u-quark) oscillate, that is, they turn into antiparticles and vice versa. The probabilities of transformation in the forward and backward directions are not equal to each other, and this indirectly indicates a violation of CP symmetry.

According to the standard theory of elementary particles, parity nonconservation is a fundamental property of a weak interaction. Physicist Mark Hadley of the University of Warwick is opposed to this. He admits that weak interaction preserves parity, but we do not notice it, because … we are in the wrong place of the universe. The Earth revolves around the Sun, which, along with other stars, moves around the center of our Galaxy. Both movements carry with them space – time, distorting its metric. The corrections caused by the Earth’s orbital rotation are negligible, which can not be said of the galactic rotation, in which hundreds of billions of stars participate. It creates in space a selected direction – the one where the vector of the galactic momentum moment looks. Therefore, the intragalactic space does not have a mirror symmetry, so it is not obliged to observe the transformation of elementary particles.

Hadley believes that the infatuation of space-time, caused by the rotation of the Galaxy, creates something like a force field that affects particles and antiparticles differently. But the effect is not universal, but depends on the type of particles and the processes in which they participate. According to Hadley, the most intragalactic field is felt precisely by those particles, in the decays of which even combined parity is not conserved. 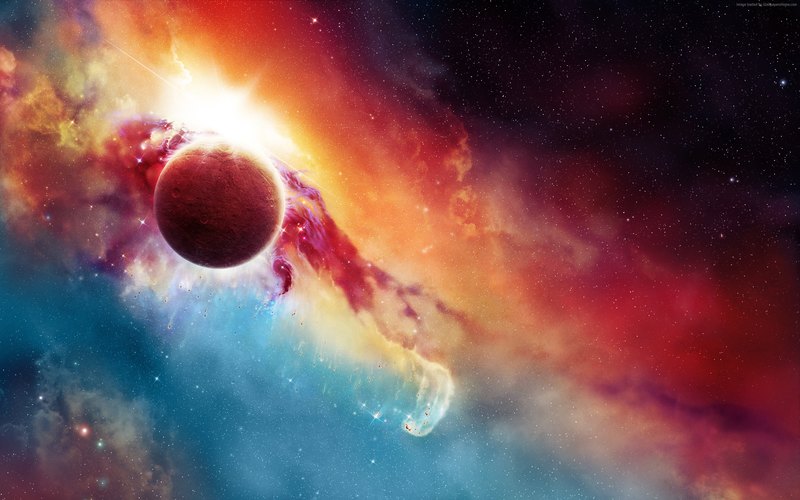 Orient on the galaxy

It follows from Hadley’s conjecture that the results of the experiments set up for the sake of verifying parity conservation depend on where these experiments are performed. In a small spherical galaxy with a small angular momentum, parity would have remained much better than on Earth, and somewhere in an empty deep space any mirror reflections would have changed nothing at all. By the same logic, near the rapidly rotating neutron stars the law of parity conservation would simply crack at the seams. Such is the relativism caused by the influence of gravitational effects on the transformations of elementary particles.

Hadley believes that this effect can be checked on the Earth, already at the present time. To do this, we need to look at whether the nature of the parity violation does not change as a function of the direction of particle expansion with respect to the vector of galactic rotation. Hadley even admits that this will be enough to analyze the data already accumulated in experiments on accelerators. And if the effect is confirmed, it is quite possible that on the drawings of future accelerators there will be not only terrestrial, but also galactic coordinates.