Does the moon rotate? 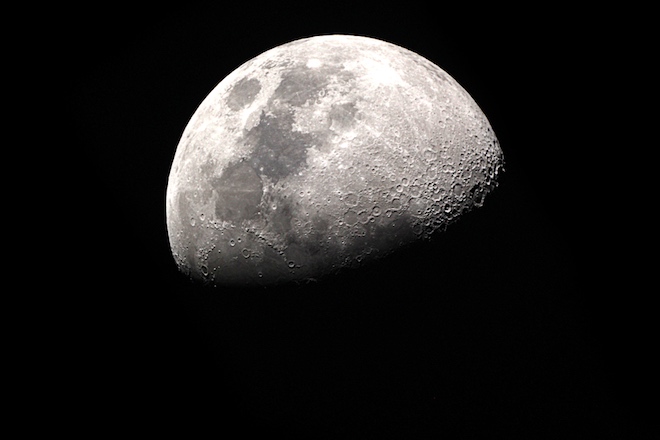 Those who observe the Moon from Earth can notice that the satellite, passing in its orbit, always turns to its planet with the same side. A logical question arises, but does the Moon rotate or is it stationary relative to its axis? Despite the fact that our eyes say “no”, scientists argue the opposite – the moon does rotate.

The period of revolution of the Moon around the Earth is 27,322 days. Approximately 27 days are required for the satellite and in order to make one revolution around its own axis. That is why for observers from the Earth an illusion is created that the Moon remains absolutely motionless. Scientists call this situation a synchronous rotation.
However, it is worth paying attention to the fact that the orbit of the moon does not completely coincide with the axis of its rotation. The moon travels around the Earth in an elliptical orbit, a slightly elongated circle. When the Moon approaches the Earth as far as possible, it rotates more slowly, which allows us to see 8 degrees normally hidden from the observers on the eastern side of the satellite. When the moon retreats to the maximum distance, rotation occurs faster, so an additional 8 degrees can be seen on the west side.

It should be noted that the reverse side of the Moon is visually very different from the one we used to see it from Earth. If the near side of the Moon mainly consists of lunar maria – large dark plains created by hardened lava flows – and low moon hills, then the back of the satellite is literally strewn with craters.

Meanwhile, scientists say that the period of the Moon’s rotation was not always equal to its period of circulation. Just as the gravity of the Moon affects the ocean tides on Earth, the gravity of the Earth also affects the moon. But since there is no ocean on the natural satellite of the planet, the Earth acts directly on the surface of the Moon, creating on it tidal bulges along the line pointing to the Earth. Tidal friction gradually slows the rotation of the moon.

The same effect is exerted by the satellite itself on Earth, so every 100 years the duration of the day increases by several milliseconds. So, during the dinosaurs the Earth made one turn around its axis in 23 hours. Today, taken 24 hours (or 86,400 standard seconds) per revolution around its axis, the Earth left in 1820. Since then, the sunny day on the planet has increased by about 2.5 milliseconds.