During solar eclipse, the moon casts a shadow on the surface of the Earth 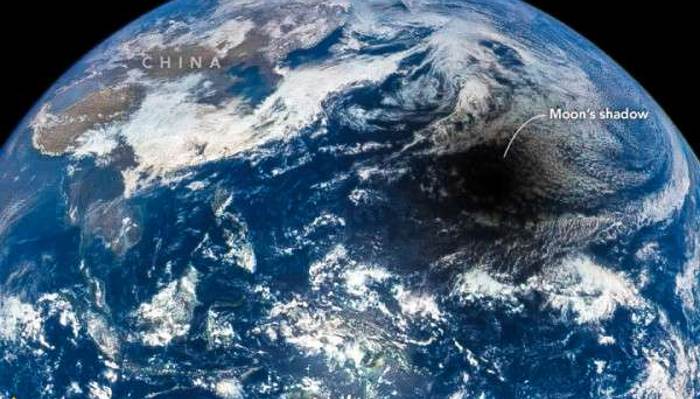 It would seem an obvious thing, information about this phenomenon is available to the public and such a shadow on the surface of the Earth is not being discarded for the first time, but in various media they have arranged from this ordinary phenomenon, a real hysterics.

And the headlines were “screaming”, like “Nibiru cast a shadow on the Earth”, “A giant UFO flew over the Earth” or even steeper – “The giant shadow put astronomers to a standstill,” “Astronomers can not explain the appearance of a shadow on the surface of the Earth ” etc.

It would seem that the very name of the video made by the Japanese satellite Himawari-8 in March 2016 would be enough not to write nonsense and there is even an appropriate article on the NASA website that describes this phenomenon occurring during a solar eclipse when the Moon passes between the Earth and The light of the Sun, but hysteria continues.

On Earth and in space there is indeed a lot of strange and inexplicable, but this phenomenon does not belong to this category.