Dust can affect the weather 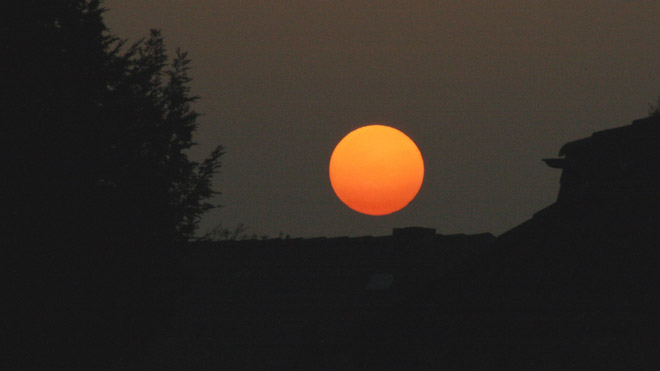 Last year, October 16, the sun in the south of the UK turned into a dull red-orange spot. Meteorologists quickly found out the reason for the unusual phenomenon, explaining it with dust emissions from the Sahara desert and the Iberian Peninsula, which fell into a cyclone from the hurricane “Ofelia”.

A team of scientists from the Redia and Bath Universities of Great Britain observed a dust cloud at several British meteorological observatories where they were able to obtain dust samples and measure how it deflects the laser beam.

“Dust disperses some of the colors of sunlight more than others. The reddening of the Sun was caused by the predominant dispersion of blue light in an optically thick plume, “the report says.

The lightning detector from one of the sections was used to measure the increase in the electric charge of the cloud.

According to the data received, the dust particles could not only obscure the Sun, but also affect the clouds formed on this day. Falling electrically charged particles can accumulate more water molecules, which are shaped so that they have much more charge on one side than on the other, and therefore they tend to be attracted to other matter. Indeed, at one of the observation sites, some time after the appearance of dust clouds, a descending cloud was recorded.

Dust trails usually contain an electric charge due to collisions and friction between the particles. Considering the important role of such aerosol particles in weather processes (they can become embryos of clouds), their electric charge requires special study. Even at the Large Hadron Collider, an experiment is being conducted to measure how the different properties of dust particles, such as their size and composition, can affect the clouds. Although the electrical properties of dust have been observed for a long time, its electrical effects are still not taken into account in atmospheric numerical models.