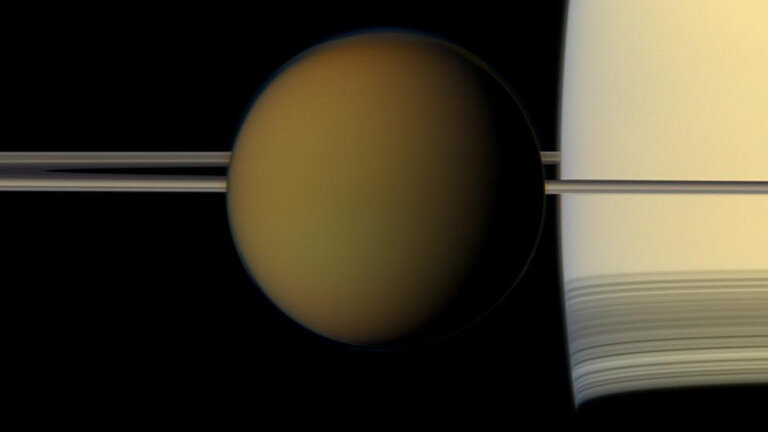 According to new research, meteorological conditions on the large moon of Saturn, Titan, which may be the most similar to the Earth in the solar system, contribute to the formation of dust devils.

If true, these dry vortices can be the primary driving forces of dust on the surface of Titan, as well as on Mars.

The Cassini spacecraft, which traveled the Saturn system from 2004 to 2017, observed dunes in the equatorial region of the moon, covering up to 30% of the surface, and a strong dust storm.

The dust in the dunes of Titan is thought to form in the form of hydrocarbon aerosols falling from the moon’s atmosphere, according to a study by Brian Jackson, a planetary scientist at Boise University in Idaho and lead author of the new study. It has a plastic texture, in contrast to the more familiar crumbs found on Earth or on Mars.

Rare, powerful dust storms look impressive, but dust devils carry more dust into the atmosphere, even to Earth, where winds are more powerful than on Mars or Titan.

“Winds on the surface of Titan are generally very weak. If there is no strong storm, there will not be much wind, and therefore dust devils can be one of the main mechanisms of dust transfer on Titan, if they exist, ”Jackson said.

Earlier, dust devils were not observed on Titan. The authors of a new study predicted the possible presence of dust devils by applying meteorological models to data obtained from the surface of the moon during a brief visit to the Huygens Cassini probe in 2005.

Dust devils form in dry, calm conditions when sunlight heats the earth and surface air. The rising warm air creates eddies with sand and dust. Dust devils have some physical properties with a tornado, but are always dry and do not become so large and destructive. But it is not clear to scientists how dust devils work. 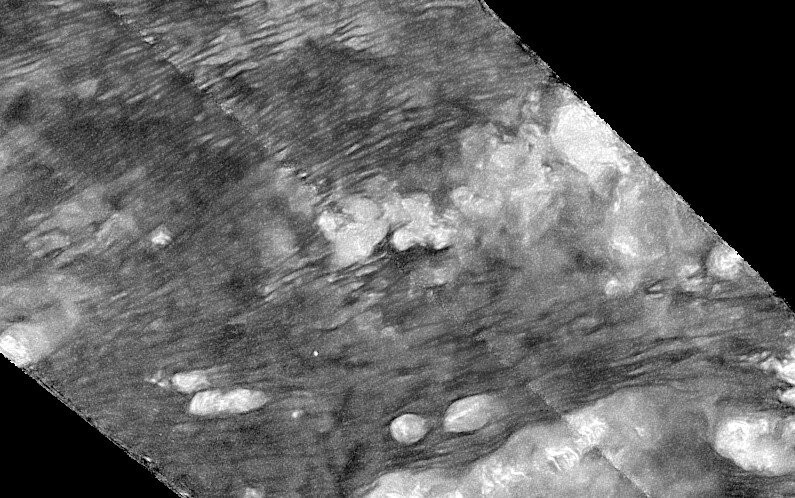 “When we enter numbers to find out how much dust a dust devil should raise based on the wind speeds we see, they seem to be able to pick up more dust than expected. There may be some other mechanism that helps them raise dust – or the equations are simply wrong, ”Jackson said.

Jackson and his students chased dust devils through the Alvord Desert in southeast Oregon with the help of small drones with meteorological instruments, in an effort to look inside them.

The exceptionally dry conditions on the Red Planet give rise to many dust devils during the Martian summer, when they can grow enormous, reaching 8 kilometers in height. The atmosphere of Mars is so thin that even winds at a speed of 200 miles per hour cause only a slight tremor. This makes the dust-lifting power of dust devils important for the global dust movement on Mars.

“We can observe how dust devils run on the surface of Mars, and see what their internal structure looks like, but this does not tell us how much dust they raise. The atmosphere of Mars is really very dusty, and dust plays an important role for the climate. Dust devils are probably, if not the dominant mechanism, then one of the most important for raising dust, ”Jackson said.

“It’s just a huge, puffy atmosphere. When there is so much air, it’s hard to make it shake. So, as far as we know, there are simply no strong winds on the surface of Titan, ”Jackson said.

As on Earth, the atmosphere of Titanium is mainly composed of nitrogen, but it also includes a significant amount of ethane and methane, the main components of natural gas. Titanium is the only world in the solar system except Earth, where scientists have observed evidence of flowing rivers and liquid surface lakes, but scientists believe that this is not water, but liquid hydrocarbons.

Confirmation of the prediction of a new study on dust devils will have to wait until the arrival of NASA’s Dragonfly mission in 2034. Jackson says a collision with dust devils is unlikely to bother a large apparatus, as it will explore the surface of the moon.