Dust traps were a condition of the formation of planets 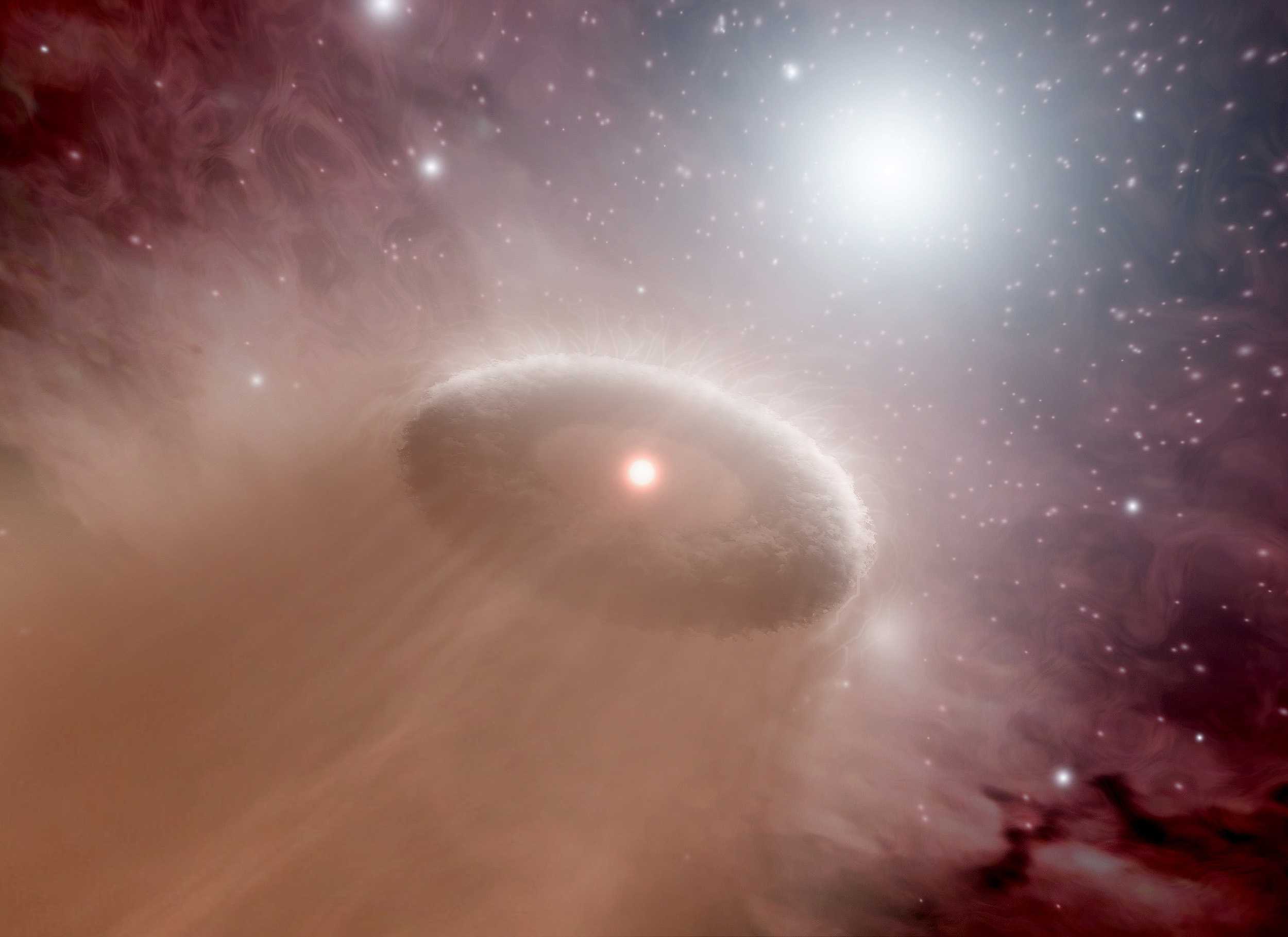 An international group of scientists came to the conclusion that the blobs of cosmic dust to form planetesimals due to aerodynamic resistance and dust traps.

It is known that planetary systems are formed from gas and dust disk around the star. Chaotically moving in the protoplanetary disk, dust particles collide and form the first centimeter clumps, and then planetesimals. However, as clots of cosmic dust transformed into heavenly bodies, comparable in size to the asteroids studied.

It is assumed that transformation of clots of dust into planetesimals first need to overcome two constraints. The first is that because of the balance of gravity, pressure and centrifugal force the speed of movement of gas around the star is lower than that of the free telephone Relatively large particles (more than several millimeters), ahead of gas, you lose speed when confronted with counter-flow and down to the star where it is destroyed. The second limitation is associated with increasing probability of collision of large particles to each other, which should disrupt the process of accumulation of mass.

The one area where both of these limitations can be removed, are dust traps — areas of high pressure, which slow down the movement of dust. Previously it was thought that the dust trap can occur in very specific conditions, however, scientists from the University of Lyon I name of Claude Bernard and other institutions have shown that it is not.

In the new work, the authors conducted a computer simulation of the mechanism of interaction of cosmic dust with the gas in the protoplanetary disk. According to the analysis, usually the movement of particles controlled the flow of gas, but in models with higher concentration of dust particle buildup has changed the structure of the gas. Thus, was the opposite of aerodynamic resistance, which is often ignored by researchers when considering the processes of formation of clots of dust.

According to scientists, the inverse of the aerodynamic resistance slows the movement of dust toward the star, allowing it to accumulate mass. After a certain threshold of weight gas stops to control the motion of the particles and is expelled to the remote regions of the disk, forming dust traps. Particles from the outer regions of the disk are accumulated in the dust traps, and eventually form planetesimals.