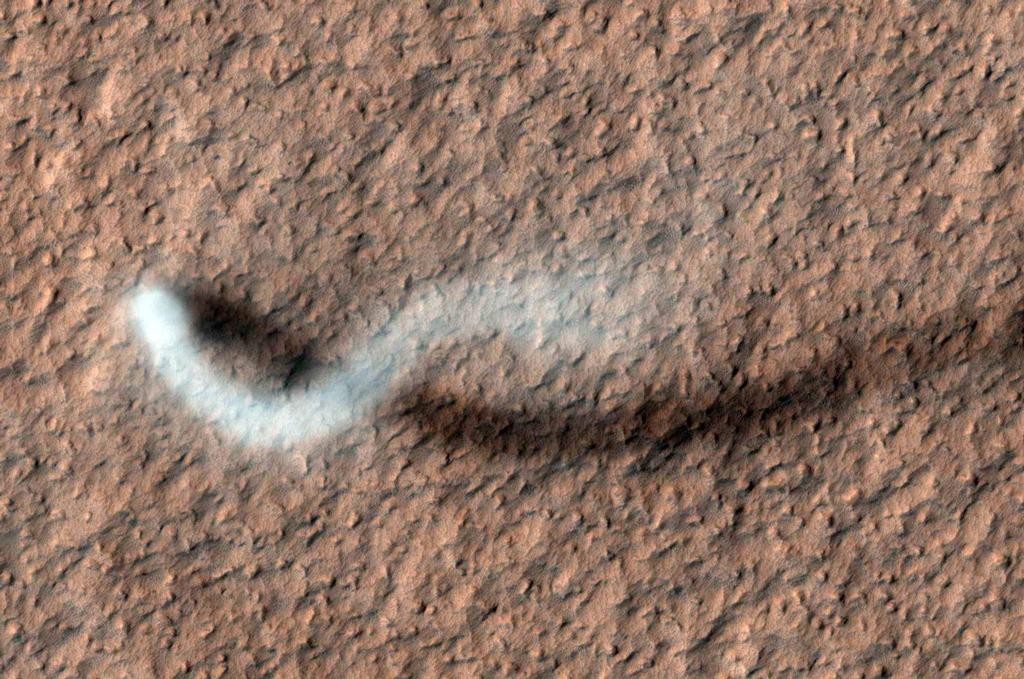 That dust attached to the surface of the planet a distinctive red color and largely determines the color of the Martian sky. Scattered in the atmosphere small particles day provide the sky a reddish tint, and during the sunrises and sunsets on the contrary, blue. Because of the low gravity flow of wind can catch the whole cloud of dust, forming the famous Martian storms.

In addition to the global storms on Mars also regularly have small dust devils. They are formed due to a strong temperature gradient. Day the surface may heat up to the positive mark, while the atmosphere remains the same cold. Often tornadoes can be seen in the summer, when Mars rises the strongest wind.

In the Gale crater, where the Rover Curiosity, just come summer. In this case, the Rover has been studying the Martian dunes. All this means that now it is almost every day, watching the occurrence of dust storms. Here are just some of the images made by Curiosity during the last month.