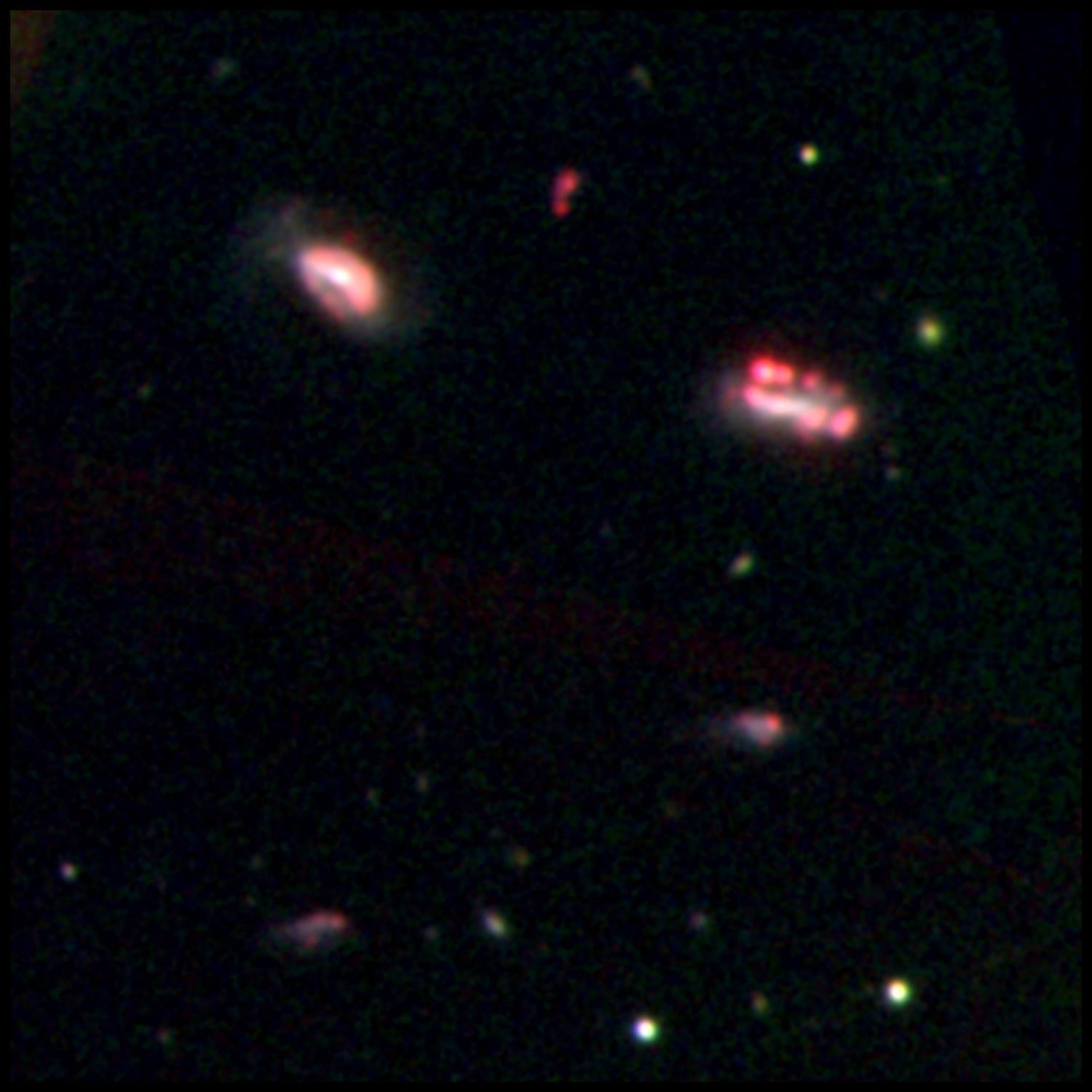 The first observation collected in clusters of dwarf galaxies are in good agreement with the most popular modern theory of the formation of large galaxies, like our milky way, by linking them together with dark matter, the researchers reported.

Astronomers have discovered seven groups of 3-5 dwarf galaxies each, and in all these galaxies the star formation is suspended, unlike the milky way.

“We believe that these groups of galaxies gravitational bound, and therefore will ultimately unite, forming one larger galaxy average weight”, – said the chief author of the new study Stierwalt Sabrina (Sabrina Stierwalt), an astrophysicist at the National radio astronomy Observatory in the U.S. state of Virginia.

These findings shed light on several major research issues concerning the mechanisms of formation of galaxies in the early Universe, she said representatives of the information Agency “France-Press”.

According to the dominant theories after the Big Bang, which occurred 13.7 billion years ago, relatively small galaxies began to unite among themselves, forming larger galaxies. However, until now scientists could not observe such a merger occurring on a small scale between dwarf galaxies, explained Stierwalt.

Discovered in this study, groups of galaxies are at distances from 200 to 650 million light years from our Galaxy, which is relatively low by cosmological standards.

Researchers have discovered this galaxy, by analyzing the data collected through the Sloan digital sky survey.

Dwarf galaxies also represent a natural laboratory to explore the mysterious dark matter, the mysterious substance that constitutes about a quarter of the known Universe, according to the study.