Earth formed faster than was thought 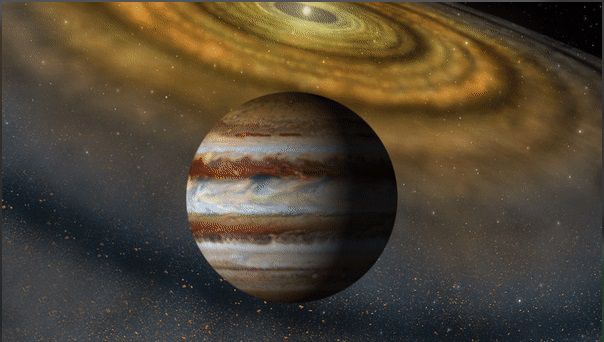 The formation of the solar system, according to modern scientists, began as a result of an approximately 4.6 billion years ago the gravitational collapse of a giant interstellar cloud. The sun, in the process of formation, “snatched” more than half of the entire substance, but from the remaining part of it a rotating protoplanetary disk – the “progenitor” of all planets and their satellites, asteroids and other celestial bodies was formed.

Hondrites (porous meteorites and asteroids) just now are considered “traces” of this substance, and the “condensed” during this period of the young Solar System rock material in the form of microscopic balls, called chondrules, is their main feature.

A team of scientists from the University of Copenhagen (Denmark), led by Jean Bollard, studied the isotopic and chemical composition of the “Moroccan” meteorites discovered at the end of the twentieth century, and could not only determine when these chondrules were born, What effect they had on the formation of such “building blocks” (chondrites) of all the planets in the solar system.

As a result of the decay of both radionuclides, the final product is lead-206 (for the first) and lead-207 (for the second). Measuring the proportion of both isotopes, we can accurately calculate the age of any rock, but on condition that it is not melted. In the case of the chondrules that formed during the time of the newborn SS, and therefore did not change, this condition is fulfilled by default.

Relying on this peculiar pattern, Bollar, together with his colleagues, calculated the age of meteorites for 17 extracted chondrules, which turned out to be approximately the same – within the range of 4564-4567 million years. It follows that the formation of these chondrules occurred very quickly, during the first million years after the origin of the sun.

Contradicting the classical theories of SS birth, such a rapid formation of future “building blocks” of planets suggests that the planets themselves formed much faster. The first thing the planetologists are inclined to is that the chondrules not only acted as a building material for large asteroids and protoplanets, but at the same time were a kind of catalyst that accelerates their formation.