Earth is approaching a large asteroid 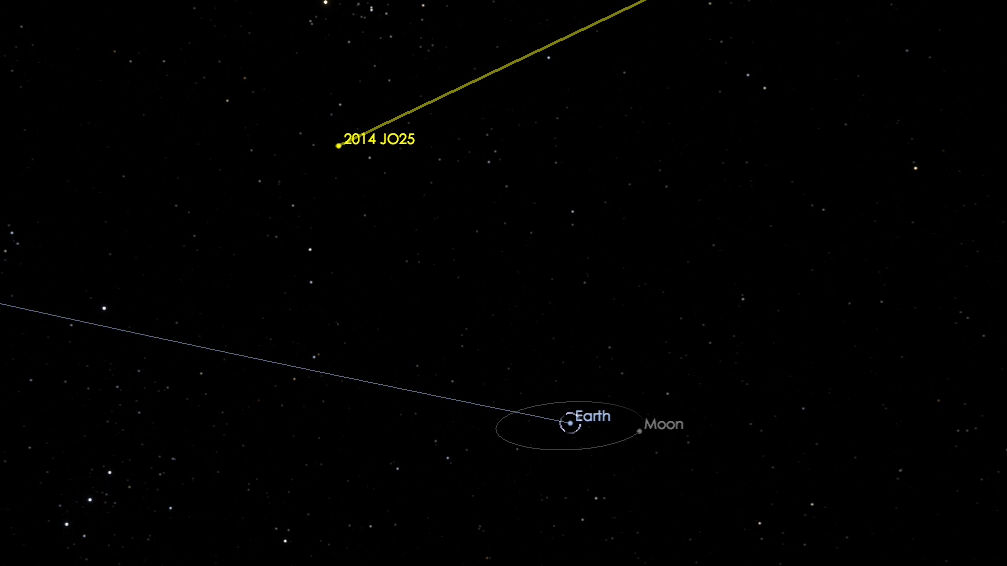 A large near-Earth asteroid, discovered about three years ago, will pass the Earth on April 19 at a safe distance of about 1.8 million kilometers, roughly equivalent to 4.6 distances from Earth to the Moon. Although the probability of collision of this asteroid with our planet is extremely low, nevertheless this passage will become the closest approach of an asteroid of this size to the Earth.

This asteroid, known as the 2014 JO25, was discovered in May 2014 by astronomers viewing the sky of the Catalina Sky Survey – a project that is part of the NASA NEO Observations Program. Recent measurements by NASA’s NEOWISE mission indicate that the asteroid’s size is about 650 meters, and the reflectivity of the surface is about twice the reflectivity of the lunar surface. At present, there is little information on the physical properties of this object, although its trajectory has been well studied.

This asteroid will approach the Earth from the Sun and become visible in the night sky after April 19. It is expected that its brightness will reach the 11th magnitude, and this cosmic stone can be seen with the help of small optical telescopes for one or two nights, after which it will dissolve in the darkness of the sky, since the asteroid is rapidly moving away from our planet.