Earth is dominated by geomagnetic storms 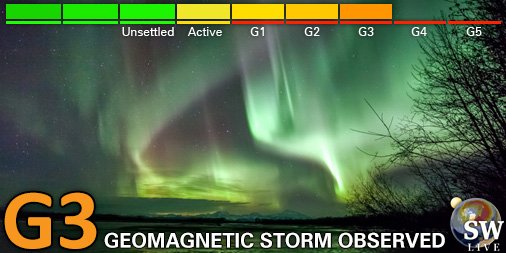 Magnetic storm of the third level on a five-point scale occurs on Thursday on Earth due to the planet’s entry into the stream of fast solar wind.

The earth entered a stream of fast solar wind on Wednesday around 9:00 Moscow time, when the speed of the surrounding plasma increased from 300-350 km / s to about 500 km / s.

The first contact with the stream transferred the Earth’s magnetic field to the disturbed state in which it was before the end of the day. About midnight, the speed of the solar wind blowing the Earth increased to 650-700 km / sec and is now at this level, which is almost twice the average.

According to scientists, the earth will be inside the stream for about another day. Throughout this time, the probability of perturbations of the magnetic field will be significantly increased. Its maximum of a storm passes now and it will not be possible to reach a higher level. Completely calm down the Earth’s magnetic field should by mid-Friday, September 29.

The solar wind is a stream of plasma continuously flowing out of the Sun’s atmosphere in all directions and filling the whole Solar system. Its speed increases with distance from the star and at the level of the Earth’s orbit it averages about 400 km / sec.

Since there are activity centers on the Sun, as well as areas of higher and lower temperatures, this affects the rate of outflow of plasma flows – it can either increase or decrease with respect to the mean value. The fastest solar wind flows follow from the coldest parts of the solar corona – coronal holes.