Earth is in a powerful stream of solar wind 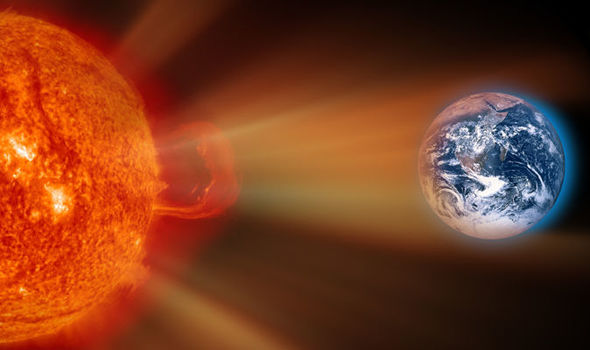 Scientists have issued a warning about the solar storm, which bombards the Earth at a speed of 500,000 meters per second

Now Znaša planet is in the stream of the solar wind, which moves faster than the speed of light and the Earth is gradually approaching the epicenter of this cosmic storm.

It all started on June 18, when the Earth entered a dense stream of cosmic particles thrown into space after a flash on the Sun. The speed of the solar wind and plasma clouds reaches a record 500,000 meters per second!

Astronomers have reported that the Earth is plunging deeper into this powerful stream of solar wind and according to the latest data, the solar energy flows that are blowing our planet reach a speed of 500 kilometers per second and these figures will increase as our planet sinks deeper into the main stream of this cosmic storm.