Earth is threatened by an asteroid collision 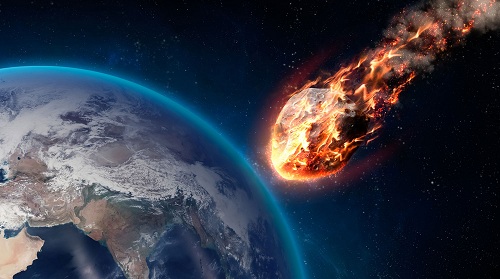 An asteroid the size of a refrigerator could hit Earth on November 2.

“Asteroid 2018VP1, a refrigerator-sized asteroid in space, is speeding towards us at over 25,000 miles per hour,” he wrote.

At the same time, the scientist assured that there would be no special harm from such a collision, since the asteroid is relatively small in size. According to Tyson, if “the end of the world comes in 2020, it is not the fault of the universe.”

According to NASA, the probability that an asteroid will enter Earth’s atmosphere is 0.41 percent. It is expected to fly 384 thousand kilometers.

Asteroid 2018 VP1 was discovered on November 3, 2018. It belongs to the group of “Apollo” – these are asteroids whose paths cross the earth’s orbit.

No protection from dangerous asteroids

Humanity does not have the technical capabilities to prevent a large asteroid from falling to Earth, said Ekaterina Efremova, a graduate student of the Solar System Department of the Institute of Astronomy of the Russian Academy of Sciences (INASAN).

Now there are no such opportunities, the only means is to notify the population. However … we cannot predict where on Earth the asteroid will hit. The orbit and angles of entry into the atmosphere are determined with an error. It turns out that one asteroid can have a whole track of possible points of impact, which can stretch for half the globe, “she said.

The origin of life when an asteroid falls

Japanese scientists studying the origin of life on Earth simulated on an experimental setup the conditions that arise when an asteroid falls into the ocean. It turned out that with such an event complex organic compounds such as amino acids are formed in water.

It turned out that the shock produces amino acids such as glycine and alanine, which serve as building blocks for proteins involved in many biological reactions.

In the early stages of development on Mars, as on Earth, falls of meteorites and asteroids were common, and the formation of amino acids induced by impacts could well be the first step towards the origin of life, scientists say.